Lindsey Jordan released the statement on 22nd November 2021 in which she announced the postponement of her upcoming tour “Snail Mail,” which was initially scheduled in late 2021. The time will now start from 5th April. She said that her vocal health is going down as each day passes, and her voice starts to become disorientated after continuous concert singing.

She has vast polyps in her vocal cords which has to be removed immediately by surgery. Otherwise, it poses severe damage and disrupts her voice permanently. After her surgery, she has to undergo speech therapy for three months. So, they are postponing their earlier US and European tour. The scheduled time of the US and Canada in April and May will continue as planned.

“Making this album has been the greatest challenge of my life thus far. I put my entire heart and soul into every last detail. Thank you for sticking with me and trusting me, as I turn the page into the new chapter of The Book of Snail Mail.” -LJhttps://t.co/Cjlf86GGaI pic.twitter.com/xiyxFCOdSy

Recently, she made a debut live performance on US TV, in which she performed the title song of her first album, “Valentine”. Many critics praise the valentine album, and NME, “expertly curated” was the remarks of El Hunt on her Album.

While she is currently working on her postponed tour dates, a new announcement will soon be made. Her April concerts will go as previously planned.We sincerely pray that she passes her surgery without harm and soon returns on stage to entertain us.

April /21 – Vancouver, BC at Vogue Theatre

April /22 – Portland, OR at Wonder Ballroom

April /23 – Portland, OR at Wonder Ballroom

May /05 – Atlanta, GA at The Masquerade – Heaven Stage 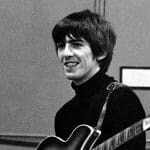 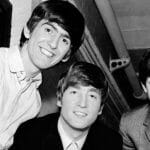