The iconic English rock band, The Beatles, is famous all across the globe for revolutionizing music in their ten active years from 1960 to 1970. Moreover, they just had an old documentary released about them.

Despite their world-class feat of revolutionizing music, they were not free of their faults. Nearing the end of the year 1969, in September, the band of four, Beatles, dissolved, leaving fans heartbroken and shocked; however, earlier that year, in January of 1969 to be exact, a documentary was recorded about the band, which showcased several interesting developing situations among the crew.

“I know that some people, when they get to a certain age, like to go to a diary to recall day-to-day events from the past, but I have no such notebooks. What I do have are my songs” – Paul McCartney#PaulMcCartneyTheLyrics is available now: https://t.co/Uq62h0PKnl pic.twitter.com/KDUjOmx7DN

The documentary was named ‘The Beatles: Get Back, which proceeds to show the behaviour, reactions, and feelings of the members of The Beatles in early 1969, and Peter Jackson directed it. It goes on to show how fed up all the members were with each other.

As the band entered 1969, tensions resurfaced among the four, there was a cold atmosphere in the recording studios, John Lennon’s creativity was slowly but surely disengaging from the Beatles and its best interests, George Harrison perceiving, at least in his imagination, a domineering and condescending behaviour from Paul McCartney, he quit the band in January but returned 12 days later. However, this was just the seed for a later, much more severe breakup, which came in September of 1969.

However, during the shooting of the three-episode documentary ‘The Beatles: Get Back’ which was covering the latest album of the band ‘Let It Be’ in 1969, George Harrison, who was regarded as the ‘quiet one’ and the ‘pragmatic one of the band, rejected the ‘Big Idea’ of Paul McCartney, and John Lennon.

The two wanted to perform in Libya but considered that their audience there would be Arabs, who they realized were not Beatles’ fans. Thus they came up with avid shipping fans from England to Libya for that performance, this being their ‘Big Idea’.

As we know, no such thing occurred in our timeline, but we now do know that George did not hold back and let the duo know how he felt about their idea.

As not to spoil everything, we’ll stop here with the details. You can go and watch the complete first episode of the documentary on Disney+ for the low price of $7.99/month or $79.99/year, which has been out since the 25th of November, 2021, and the next two episodes premiere on the 26th, and 27th of the same month on Disney+. Make sure not to miss out on this astounding piece of history and art. 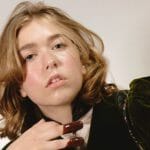 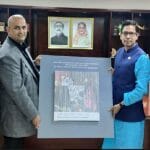