DanDann started her music career by covering songs. After a particular time, she achieved fame by covering the famous vintage song ‘My Baby Just Cares For Me,’ which was released in late 1957 for her debut album by Nina Simone. This song turned her path clear and smooth in music influence. Meanwhile, she is composing all of her new singles for your excellent music taste.

She is currently playing several platforms such as DSound, 3Speak, Spotify, SoundCloud, Twitch, Patreon, and Show4Me. Also, these platforms are broadcasting her live stream for free.

Let’s skim through her upcoming live stream & dates of DanDann.

When you are getting bored of being stuck at home for the pandemic time, a few music broadcasting websites announce live stream concerts to polish your music taste. So, as a result, Twitch programmed DanDann show for one and half an hour long.

The list of albums and cover songs of DanDann 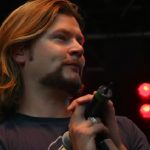 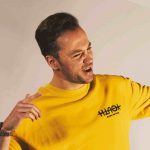