Agnostic Front, Sick of It All reschedule joint tour delayed and will resume in 2021.

American Hardcore punk Agnostic Front announced that they are not going out on co-headlining tour with Sick of It All in 2020 rather the band delayed the tour until 2021. The have rescheduled the tour with new batch of dates across North America. The 11-city trek now kicks off in April 22, 2021 in Detroit and stretches into May with stops in major US markets. The Canadian shows are planned for Toronto, Quebec and Montreal. Crown of Thornz and Dragged In will join the tour in some selected dates with Agnostic Front in this rescheduled tour going to occur in 2021.

Agnostic Front released their 12th studio album Get Louder in November 8, 2019 via Nuclear Blast which was a follow up of 2015’s album The American Dream Died. The band will keep supporting their latest project in this tour too.

Roger Miret is the lead vocal of the band Agnostic Front. In 2015 the band extensively tour in Europe and America in support of the album and in 2017 a documentary was made on Agnostic Front where Stigma and Miret had appearances. The band released their recent album in 2019 and announced tour in North America but could not make it due to covid-19. The tour is now delayed and going to resume in April 2021 and end in May 2021. The tickets are available now. To catch Agnostic Front live, see the following dates and venues where to find the band. 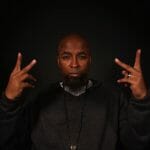 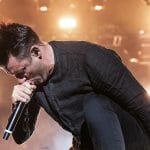