Parkway Drive along with some other bands announced Viva the Underdogs tour scheduled to be held in2020. The tour could not occur due to covid-19 pandemic. Metalcore giants Parkway Drive have rescheduled the canceled tour for 2021. In this tour the metal band will keep supporting their latest album

The whole tour has been divided into tow segments. The North American leg of the trek will begin in September 2021 and end in October 2021 making notable stops in Chicago, Detroit, Pittsburg, Atlanta and Denver. Before heading to North American stops Parkway Drive will explore European major markets and their own country Australia. Fit for a King, Hatebreed and Knocked Loose will be with Parkway Drive to provide essential support in this tour as well.

Parkway drive is an Australian metalcore band hailing from Byron, New South Wales. The band was formed in 2002. Parkway Drive came up with their debut album in 2005 and the second one in 2007. The album Ire came in 2015 and reached #23 in the UK top albums charts. The album was also nominated for the Australian Album of the year at the J Awards. The metal band Parkway Drive released their latest and sixth album Reverence in May 4, 2018 via Epitaph Records. The band will tour around the world with their latest album.

Parkway Drive felt bad for the cancelation of the tour. They said we have worked hard to reschedule our shows and we are grateful and pleased that we will come back again in North America in September 2021.

After releasing the album Reverence in 2018 the band had been in North American tour. Parkway Drive could not tour North America in 2020 due to coronavirus. They have pushed forward the tour into 2021. The new trek now kicks off in Columbus, Ohio on 9 September 2021 and ends on 3 October 2021 in Denver, Colorado.  The show tickets are on sale already. To see the complete list of dates and stops, have a glimpse below. 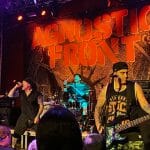 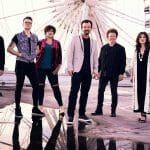