Classical music is the most known art music of western culture from the 70s’. Interestingly, when it comes to concerts, there are differences in the same genre you can notice.

The differences are mainly categorized by the singer numbers, instruments, style, and movements. Many might not know, but classical concerts have their category of shows being the same genre. In this article, you will catch some unknown details about different types of classical concerts. Next time you plan to enjoy any classical show, find out in which category that goes on.

Without any further delay, lets’ dig deeper to get exciting information based on different types of classical concert here:

What makes a difference in classical concerts?

Some might think classical music is a genre by itself, then how come there is a difference in classical concerts?

Well, this is undoubtedly the most asked and popular question among all. Classical music was formed in the late 1708s’. Since then, this genre has discovered various types of forms. As this is known as a sophisticated genre, classical music is still holding the top position here. Still, when it comes to the concert or performance, you can categorize them by various factors. According to the researches, the core thing that makes classical concerts one from another are so many. Among them: instruments, musician numbers, music style, Staging style, costumes, forms, and various facts can be shown as highlights.

Here you’re going to get some exciting details about seven different types of classical concerts. So these are the facts you’ll get to know here:

A choral music concert is the type of show where you’re going to enjoy autonomous vocals. This assigning part of several parts in the music puts the specialty in here. In more simple language, choral music refers to the choir singers here. This type of concert includes three to a hundred singers at the stage. Here the singers are known as “chores” at the stage. Besides, you might have heard this type of choral music in churches. Most religious services or worships are done with this genre. Here every single voice holds equal importance on the stage. The most famous music here is Symphony of a thousand. This number is renowned for its large chorus of Gustav Mahler’s life.

Chamber orchestra music concerts are the ones that generally represent purity and affection. Generally, you would get to catch this type of concert in a homely atmosphere. Here the main focus lies on personal expression and conversation. In this type of show, the traditional instruments are more than a necessity. Here violin, cello, classical guitars, flute, oboe, clarinet, horn, trumpet, tuba, euphonium, etc. Mainly the string, woodwind, brass instruments are the focus of the chamber concert.

Chamber orchestra concerts generally refer to those types where you get to catch the performance in rooms. Besides, here you’ll get to catch more than 50 musicians playing songs at the same time. On average, chamber orchestra concerts include 50 musicians performing together in chorus. But the performer number can also get fewer. The most exciting thing about this type of concert is its musical numbers.

The Band Concert is a prevalent type of among all. Band concerts are mostly known as ensemble concerts/ wind band concerts or symphonic band concerts. In these types of concerts, you’ll enjoy the melody of wind instruments. Also, the percussion instruments are used depending on the music piece in the band concert.

Opera concerts are all-in-one packages for the show. Here beside the performance, you’ll get a powerful combination of staging, designing, dancing, staging, and of course, singing. The detail focusing thing about opera concerts is that here the singers are seen without speaking. Most singers present the performance without even using words in this type of show. You would get to catch an orchestra with both a large group of performers as well as small ones. The most popular types of opera would be light opera and comic opera. Opera is worldwide famous for its sophisticated and classy representation of concerts. Audiences who love opera are more likely to be super elegant and calm in nature. You need to have a good knowledge of music and tune to enjoy an opera concert anywhere.

Recitals concerts are the classical highlights among all the mentioned types. Here generally, instruments play the vital and most crucial role. A solo performer can alone carry the hit on these types of concerts. But depending on the music demand, two or more singers can also play at recital concerts together.

Philharmonic orchestra concerts are worldwide popular named symphony concerts. Here again, the instruments hold the highlights of the genre. Generally, the brass, woodwinds, percussion, and string concerts play a vital role. These types of concerts present both solo and chorus performances. Mainly a conductor is seen to lead the entire implementation to a Philharmonic orchestra concert.

if you want to catch the next classical music and others popular music & tour and see what is near to you. 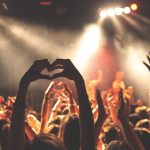