The year 2020 has been a barren year so far without much activities. Music Industry incurred a great loss this year. There were no live performances throughout the year other than few virtual concerts. Russ had to postpone 2020 North American tour due to the uncertain nature of covid-19.

Russ has announced to be on tour in 2022. He has rescheduled his postponed 2020 tour in support his album Shake The Snow Globe. The tour was originally planned for 2020 but Russ could not make it happen due to covid-19 outbreak. The upcoming tour in 2021 will be a 25-city jaunt across North America. The rescheduled trek will kick off in April 30th in Seattle. After being all over the US, Russ will head to Canada for putting on shows in Laval and Toronto. In United States of America the rapper will hit all the major spots like Los Angeles, Dallas, New York, Chicago, Philadelphia, Miami, Atlanta and Baltimore.

American hip hop singer Russ will be on a tight schedule in next year with his latest release that came in market on 31st January 2020.The DIEMON crew member Russ, in his Shake the Globe tour, will keep supporting his recent project across North America. The rapper was in a North American tour back in 2018. He explored the major US markets at that time on his I See You tour.

Russell James Vitale known popularly with stage name Russ was born in 1992 in New Jersey, USA. Russ permanently settled in Atlanta, Georgia after residing in different places for the career of his father. Russ is a multi-talented person. He is a rapper, singer, songwriter, musician and author. Russ learns to play guitar and write rap songs at an early age. The singer first begins producing with his friend Bugus and his debut song came at the age of 18.

Russ along with Bugus and others founded Diemon, a musical collective from Atlanta, Georgia and kept producing songs until he gained public attention. At first, he was unnoticed and failed to achieve popularity. He started drawing attention with the release of his singles ‘Losin Control’ and ‘What They Want’ peaking at no.62 and 83 on US Billboard 200. He used to produce songs free of cost. He has been described as in-house producer for Diemon by Magazines.

Russ signed to Colombia Records later and came up with his twelfth album in 2017. He completed his deal with Colombia Records in 2020 and announced that he is a solo artist now. He has no affiliations now.

Russ has released fourteen albums so far and not all of them are hit albums. The hip hop singer has many hit singles as well. The latest tour album of this rapper came in January 31, 2020. It was the follow up of the album Zoo which was released in September 2018 and ranked at # 4 on the US Billboard 200 list. The fourteenth and latest album Shake The Snow Globe also peaked at number 4 on the Billboard 200 chart. The twelfth album There’s Really a Wolf was released in May 2017 via Colombia records and the album was certified Platinum by Recording Industrial Associations of America (RIAA) in 2018. The album reached at # 7 on US Billboard 200 and # 4 on the United States top R&B/Hip-Hop albums chart.

With all these major hit albums, Russ went on tours all over the world. The rapper with all these weapons touched the hearts of millions and entertained them thoroughly.He went on extensive tours and performed from these albums. Shake The Snow Globe is the new album with which the singer will embark on a North American Tour in 2021.The Wake Up Tour was a massive one in North America, Australia and Europe. American rapper was on this tour with there’s Really a Wolf album. Mentioned are his best tour albums. Besides these albums he has many single hits which are also performed on the stage. Russ will keep supporting his recent album in the upcoming tour in North America. All these albums affected the career of Russ greatly and made him more of singer than he was before releasing these albums.

The tickets for upcoming Russ tour is on sale now. All tickets are available including VIP packages. The general sale started already. Since the tour was originally planned for 2020, the tickets holders need not worry. Tickets will be honored for the new dates or will be refunded. For rescheduled dates new tickets are available now. Tickets can be purchased from the resellers and the official website of Russ. Tickets will include a CD of the new album of Russ. Tickets price will vary from location to location starting from $ 39 to $ 200. If you have not get yours, hurry up to the nearest tickets provider or you can buy online.

Russ basically started his career with music producing. He produces music for six years before giving a hand in recording himself rapping. He is the all in all in his music. G-Unit, Eminem and 50-Cent are his musical inspiration. Their songs inspired Russ a lot.

The rapper will blend hip hop and R&B elements in most of his songs. He composition style is described as raspy, hardbody rap flow and lilting.

The hip hop singer Russ was nominated for Woodie Awards in 2017. His albums were on the US Billboard hot 100 and 200 list. The latest album peaked at number 4 on Billboard 200.

American rapper Russ has become a known name in the hip hop music genre. The singer embarked on couple of tours before. He announced his Shake the Globe tour in 2020 which did not happen due to covid-19. It has been rescheduled for 2021. The rapper will be across North America with his latest release. The tickets are on sale and available now. Russ is ready to hit the American markets in his upcoming tour. He hopes to put on a great show after a year of coronavirus menace. 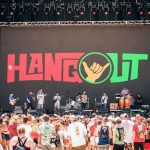 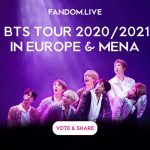