Hangout Music Festival is the first of its kind and major music festival held on the public beaches of Gulf Shores in Alabama. It is an annual three-day program arranged on the third weekend in May. The Hangout Music Fest is the sister concern of the restaurant The Hangout. Sean O’ Connell in partnership with Golden voice produces the festival. Sean O’ Connell is the director of the festival and has been involved with Hangout since its inception. The Hangout Music Fest arranged on the public beaches of Gulf shores accompanying its sister restaurant The Hangout is held every year in the month of May, generally on the third weekend. The event is happening again in 2021 after postponing this annual function in 2020 due to coronavirus pandemic. The festival features music of various genres e.g. rock, indie, hip hop and electronic dance music. The event is going to be held on 21-23 May 2021.

Hangout Music Festival at a Glance:

A.J. Niland, Shaul Zislin, and Lilly Zislin founded the festival in November 2009. They officially got permission from the city council in December 2009. The Zislins are the proprietors of Hangout restaurant. The first hangout fest was arranged in 2010 on the public beaches of Golf Shores in Alabama. This annual three-day music festival is happening every year on the third weekend in May since 2010 except for the year 2020. Covid-19 ruined it all in 2020.

Sean O’ Connell is the director of the Hangout Music Fest from 2013 and produces the fest along with Goldenvoice. The Hangout fest is arranged on the Gulf Shores in Alabama accompanying the sister restaurant The Hangout.

Followings are the general information you should know to about Hangout Music Festival.

Where is the Hangout Music fest?

Hangout Music Fest is organized on the public beaches of Gulf Shores in Alabama. It is an annual three-day music fest happening each year on the beaches of Alabama, United States of America.

How old do you need to be to go to the fest?

Well, everyone can be on the beach to attend the Hangout Music fest .But, there are some guide lines to be followed by the audiences while purchasing tickets. People under 17 years of age must be accompanied by a ticket holder adult over 21 years of age. Parents or guardians can take children of ages five or under with them without buying tickets for the children. A ticket holding person can take only two children with him. A legitimate wristband is required to enter the festival.

When is the Hangout Music Festival?

Hangout Fest is usually arranged annually on the third weekend in May. This is the tradition the fest is following over the years. But the year 2020 was a different one. The fest did not occur this year for coronavirus outbreak throughout the world. The event is scheduled in May 23-25, 2021.

How many stages does Hangout fest have?

The Hangout Music Fest has two main stages at the opposite ends of the beach: The Hangout stage and the surf stage. Besides these stages there are Boom Boom tent and more.

If you wish to be in the Hangout Music Fest on the beautiful public beaches on the Gulf Shores in Alabama, You have to follow some guide lines. There are certain things you have to avoid. The Hangout Music Festival’s official website has a list of forbidden items that you have to know regarding transportation, shelter, medical aids, payments and accessibility.

The festival is being arranged since 2010 and it is happening each year usually on the third weekend in May. A brief account of each is given below with the lineups of the Hangout Music Festival.

At the very onset of the festival the Golf Coast was hit by Deep-water Horizon oil spill which resulted in less attendance at the fest. The fest had 13,000-15,000 people per day in 2010.

In 2014 the capacity was increased. The access to the Gulf of Mexico was open for the first time in 2014. It was held on 16-18 May. The Killers, The Black Keys and OutKast were the headliners. Other than the headliners  Jack Johnson, Queens of the Stone Age, Pretty Lights, The Avett Brothers, Modest Mouse,  Blackberry Smoke, Trombone Shorty & Orleans Avenue, Bastille, Allen Stone, The 1975, ALO, Claude VonStroke, Los Lobos, Andrew W.K., Black Lips, Moon Taxi, Little Green Cars, The Flaming Lips, STS9, Wiz Khalifa, Zedd, Childish Gambino, Amos Lee, Conor Oberst, Tegan and Sara, Portugal, The Man, Fitz and the Tantrums, Capital Cities, Needtobreathe, Boys Noize, Bloody Beetroots and Ingrid Michaelson performed at the Hangout Music Festival.

In 2016 The Weeknd, Florence and the Machine , Panic at the Disco and Alabama Shakes were the bands to headline the Hangout Music Fest at the beaches of Gulf Shores in Alabama. The event took place on 20-22 May in 2016.  Other notable performers with the mentioned headliners were Ellie Goulding, The Chainsmokers, Alessia Cara, Fetty Wap, X Ambassadors, The Neighborhood, Walk the Moon, HAIM, Grimes, Cage the Elephant, Run the Jewels, Foals, the Man, Flume, Miike Snow, Courtney Barnett, Kurt Vile and the Violators, Vince Staples, Jason Isbell, Mayer Hawthorne, Atlas Genius, Raury, HEALTH, Bully, Pell, Bass Drum of Death and more.

The year 2020 experienced the quickest sellout of all time. Tickets were all sold out rapidly. The event was scheduled to happen on 15-17 May in 2020 and the headliners set for the function were Red Hot Chili Peppers, Post Malone, Marshmello, Billie Eillish and Lana Del Rey. Many other notable performers had been in the lineups of Hangout Fest. The city of Gulf Shores authority send a notice to Hangout not to hold the event this year due to Covid-19. They had to cancel the fest. The Hangout made a full refund and transfer available for ticket holders who may not have the opportunity to join the rescheduled event.

Is Hangout fest sold out?

Not yet. Tickets are not on sale yet for 2021. Previously all the tickets have been sold out. Fans are waiting for the updates for the upcoming event.

Definitely, it is safe. The event will take place on the Gulf Shores in Alabama, US. All precautions will be taken to fight any unwanted circumstances and covid-19 pandemic.

Where do you fly into for hangout fest?

To be at the Hangout fest you have to fly into Pensacola International Airport. The Gulf shore is a 45 minutes car drive from the airport.

How much is hangout ticket?

There are many packages of tickets. General tickets can be found as low as $ 259. On an average tickets you might have to pay $ 975 for a good package.

Does hangout sell one day tickets?

Who owns the Hangout in Gulf shore?

Zislins are the sole proprietor of the Hangout restaurant on Gulf Shores, they are the organizers of Hangout Music Fest.

How do I get a refund from hangout fest?

There were no exchange or refund from hangout fest. But the refund policy has been introduced in 2020 since the organizers had to cancel the event due to covid-19 outbreak.

What time does hangout fest start?

What time does hangout fest end?

What is the hangout Gulf Shores?

It is a name of a family restaurant and entertainment venue on the beaches of Gulf Shore in Alabama. The summer long fest comes with live music, games and competitions. The restaurant provides food and the fest all kind of fun. The fest is an annual event on the Gulf Shores.

The hangout Music festival was nominated several times for ‘Festival of the Year’ at the Pollstar Award of the concert industry. In 2012 the fest won the award. At the IEBA awards Hangout Music festival has multiple nominations for the ‘Festival of the Year’. Besides these achievements the fest is contributing greatly to the economy of the city creating jobs and giving tax revenues to the local govt.

Each year the fest authority comes with the biggest names in the business as their lineups. The lineup for 2021 has not been announced yet. The announcement will be made shortly and for the information about tickets, it will be shared later. Tickets for 2020 show sold out very fast. There were different packages for the audience. But the show was canceled for coronavirus. They even could not reschedule the show. In 2021 the Hangout Music Fest is happening again on May 21-23. But the authority is yet to confirm the lineups and ticketing info. Taking the world crisis covid-19 in consideration the fest authority will come up with all details very soon. To get you updated about Hangout Fest visit their official website regularly or we will update you whenever it is announced.

The greatest ever music fest on the beaches of Gulf Shore in Alabama is an annual event organized by the sister restaurant the hangout in collaboration with Goldenvoice. It is usually arranged on the third weekend in May each year. Along with the show headliners musicians of different genres are invited in this event each year. Fans can enjoy the fusion of music here in this event. The Hangout festival brings a lot to the fans along with live music.  The place gets a festive mood for three days.  The next Hangout Fest is coming on 21-23 May in 2021. All are looking forward to that.  The Hangout authority hope to light up the Gulf Shores of Alabama again with music after spending a coronavirus hit year. The line ups and headliners are yet to announce for the next year. All the details of the Hangout Fest 2021 including the lineups and tickets will come soon. Keep an eye on the web page of hangout for regular updates. 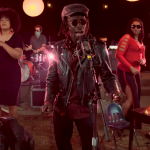 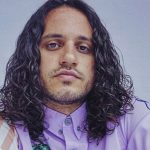