The country singer and songwriter Alan Jackson has officially rescheduled his 2020 tour dates. He has pushed forward several of his 2020 tour dates into 2021. The country Hall of Famer musician will be across US in 2021 in support of his 12th studio album. The tour is scheduled to kick off in February 5, 2021 in Springfield and stretches out into September 2021. Later that year Alan Jackson will also be at the Ft. Loramie’s 40th annual Country Concert with Riley Green, Lorrie Morgan and Justin Moore.

The country singer Alan Jackson moved several of his 2020 tour dates to 2021 due to coronavirus pandemic. The rescheduled tour is of 11-date tour. The tour has been shorten and rescheduled taking every situations in consideration.

Alan Jackson is an American country singer best known for blending traditional honky-tonk and mainstream country pop sounds. He is one of the best-selling country singer of all-time. The singer has many achievements. His many songs have top charted on Billboard country hot list. Many of his album has have been certified multi-platinum. Alan Jackson won two Grammy Awards and sixteen CMA Awards and seventeen ACM Awards. The country super star singer is also the member of Grand Ole Opry and Country Music Hall of Famer.

Alan Jackson has released many studio albums. The singer will be out in this tour in support of his 12th studio album released in July 2015 via Alan’s Country records and EMI Nashville. He celebrated his 25th anniversary in music industry with a tour with Jon Pardi and Brandy Clark. Jackson was inducted the Country Music Hall of Fame by Loretta Lynn in 2017 and later at the same year the singer was out on a tour with Lee Ann Womack. The country singer Alan Jackson has confirmed the rescheduled dates for his US tour. This will be an eleven date engagements starting in February and ending in September of 2021. The tickets are available for sale now.

Look at the tour schedule below to know if Alan is coming near you. 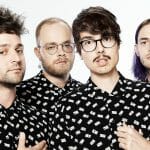 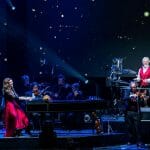