Joywave is an American indie rock band from Rochester, New York. Formed in 2010 the band first came to prominence for its collaboration with Big Data. Dangerous was the song which ranked # 1 on the Billboard chart in 2014. Since then the rock band is known to all music lovers and fan following grew in huge numbers. With the crew members Daniel Armbruster, Joseph Morinelli, Benjamin Bailey and Paul Brenner the band released their first album in 2015.  They released the debut album How Do You Feel Now? via Cultco Music label which is their own and is an imprint of Hollywood Records. The second album Content came in 2017 under the same label. Joywave released their third album in March 13, 2020.

The indie rockers had been on tour in 2017 soon after their second release which reached at # 8 o Billboards Heatseekers list. The tour was extended into 2018 and supported by special guests The Aces, Maybird and the Demons. Later Joywave joined with Sir Sly went on a co-headlining tour to USA.  The rock band was also out in 2019 in a short trek in US with The Band CAMINO, MISSIO, Upsahl and Weathers. The third album hit the market in 2020 and Joywave announced tour in support but had to cancel and reschedule the tour due to covid-19 outbreak. Now the tour is rescheduled for 2021 and the band will be on the 16 date campaign again in May 2021 and officially close the possession tour in June 2021. Beginning in May 18, 2021 the band Joywave will explore US markets like Atlanta, Orlando, Seattle, San Francisco, Los Angeles and more before wrapping up I June 27, 2021. The show tickets are on sale already. To catch up Joywave live on shows, look at the following tour dates and venues. 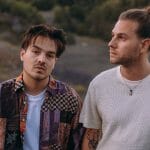 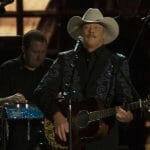