Pop music is one of the most popular music genre in the world. The genre is enough popular that a huge number of people believe that the word “Pop” is the short form of “Popular.” This however is not true, as the later includes all kind of popular music regardless of their types and genres. The Pop music originated along with Rock music. Their origin is so close that the term “Rock” and the term “Pop” were used interchangeably until their visible separation in 1960s. When the Rock and Roll genre face its hardest time and went through decline, the Rock music spread its wing in other ways. The Pop music, on the other hand, took a different path and gradually developed into its present day condition. The Pop music journeyed through the time and developed into a more evolved form. As the process is eternally continuous, the growth is bound to continue its development. With the passage of time Pop music became more popular. More people fall under its enchantment, and were charmed into loving it. Now, this genre has become, perhaps, the most popular of all genres in the world.

Pop music and Its Characteristics

The pop music is often confused with Chart music as they often appear on record charts. However, there are some distinctive elements that distinguishes Pop genre from Chart music. Pop music has the tendency of borrowing music from other styles like urban, rock, dance, Latin, hi-hop and country. These key features may indicate that the pop music is part of another genre. But, in reality, Pop music has its own core elements that distinguishes it from the rest of the genres and gives it a definition..

The Pop music emerged into British culture in a different form. The Rock and Roll was described as a Pop music in British lands during that time. However, during the mid 1960s, the Pop has already begun its journey as a different and an independent genre. It was distinguished from its sibling Rock music in more than one way. The Rock was seen as the more artistic one while the Pop was seen as a more versatile one. While, the Rock wanted to maintain the artistic values and traditions, the Pop was designed for gaining mass attraction. The Pop had swayed people of all classes and tastes.

These key elements of Pop music include the use of repeated choruses, melodic tunes and several hooks. The short to medium length songs are often written in a basic form which includes the verse-chorus structure for most of the times. The Pop music follows the harmony and the progression of European tonality in its simple form. The song is the main medium of pop music. It is often between two and a half, and three and a half minutes in length. This is generally marked by a mainstream style, a consistent rhythmic element and a simple traditional structure. The lyrics of modern pop songs generally focus on the simple themes, such as love, romantic relationship and emotional turbulence. There are some notable exceptions to this, though.

Pop music was highly influenced by other genres of popular music and absorbed some of their qualities throughout its development. Early pop music absorbed the form of Sentimental Ballad, gained its use of vocal harmonies from Gospel and Soul music, and obtained the instrumentation from Jazz and Rock music. The orchestration was gained from Classical music, the tempo from dance music, backing from electronic music, rhythmic elements from hip-hop music, and spoken passages from rap.

History and development of Pop music

The Pop Music has its roots in a lot of genres. But it formed with the beginning of Rock and Roll. The Rock and Roll was at the same time artistic and gained huge popularity. It managed to win the heart of all kind of people. With the Decline of Rock and Roll, Pop music took a new turn. It started as a music that can enthrall the mass populace. The rapid development of broadcasting technologies helped its progress. People were attracted by the singers as well as the songs. According to some critics, the Pop was seen as music for the working class people. But, it was gaining its hold in the hearts of all classes of people. There was another conflict that became more apparent. And that was the clash between Art and Pop. While some artists accepted Pop as a great music, a huge number of artistic singers opposed the music as base and artless. They named it Pop as a business product. The clash continued till 1970. After 1970, the lines between arts and pops became blurred. More artists started to admit that Pop does have its kind of art, and Pop music became a type of music with distinguished characteristics rather than a pile of different genres.

The present condition of Pop music is vaster than it was even a decade ago. More countries and cultures are adopting the Pop music and spawning their own variations of Pop music. On noteable example is its influence in Korean culture. The Koreans formed a few Boy bands and Girl Groups as Pop bands and those bands are way popular in the country.

Pop is a music genre that focuses on the pleasure of mass population and thus is the most popular genre in the world. People from all around the world love Pop music. The shortened history and information of its development will help you in understanding the music you love so much. Read More About : DNA lyrics 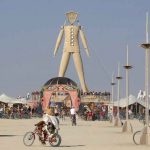 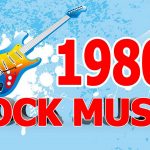