Palaye Royale have come up with alternative dates for their European and North American tour scheduled to be held in April and May 2020 which is now commencing in 2021. The rescheduled concerts will be divided into two. The first leg of the rescheduled dates will begin on 31st May in Germany and will run till June 20, 2021 to finish the European dates. In second leg of tour Palaye Royale will be all over North America starting from Denver in July 7, 2021.

In response to the coronavirus pandemic the band Palaye Royale had to postpone their 2020 The Bastards tour. The new dates are the rescheduling of the postponed tours. The band was to be on tour in support of their latest project The Bastard which came out in the markets on May29, 2020 via Sumerian records.

The Bastards is the third studio album of Palaye Royale and the album is the follow up of their 2018 hit album Boom Boom Room. The album achieved much acclaim and praise and top charted on the Billboard hit list. With their new album and list of hit music the band will tour across Europe and North America. Finishing concerts in Europe the band will take a small gap to begin their North American tour. Palaye Royale will explore the major US markets and for the Canadian dates the will only perform in Toronto and Vancouver.

Palaye Royale is a Canadian-American Los Vegas based band of three members. The trio will be on tour in support of the recent album. They will be in the major US cities with their music. Prior to the North American tour the band will be across European countries to promote their new album. Palaye Royale will be in Europe from 31st May to 20 June 2021 starting in Hamburg, Germany and finishing in Moscow, Russia. But, the North American tour will kick off on 7 July in Denver and run throughout August 2021.

Palaye Royale confirmed the rescheduled dates. The show tickets are on sale now. Catch them live by checking out tour dates and venues below. 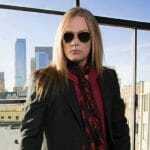