After initially postponing Vile Nilotic Rites Part II Tour, the metal band Nile have announced to move their tour to 2021 which was scheduled for 2020. The death metal band Nile have pushed back the dates due to coronavirus outbreak.  The band will be in North American tour in 2021 in support of their latest release Vile Nilotic Rites. The album came out in November 1, 2019 under the recording company Nuclear Blast.

Nile will head to North America in 2021 with their new album. The 44 date outing will kick off in September 24, 2021 and run into November of the same year reaching out to the fans and followers in Seattle, Sacramento, Brooklyn, Denver, Atlanta, West Hollywood and other major US markets.

For Canadian stops, the metal band Nile have concerts in Calgary, Montreal, Edmonton, Vancouver and Quebec. This metal band will have a busy schedule to follow in 2021 when they will be on roads to entertain audience with their hit singles.

The band Nile hails from South Carolina, United States which was formed in 1993. This American hard rock band have Karl Sander, Brad Parris, Brain Kingsland and George Kollias in their present lineup. The band still now have released nine studio albums including their latest Vile Nilotic Rites in 2019. The band Nile is best known for their unique styles and dedicated lyrical presentation.

Nile had been on a tour in 2019 before releasing their ninth studio album with special guest appearance from Terrorizer. Why Should Not Be Unearthed was Nile’s career best album which was released in 2015 and the album reached # 2 on the Billboard hit list. The band has confirmed the rescheduled dates. They will explore all over North America. Nile will wrap up their Vile Nilotic Rites Part II Tour in November 14, 2021. The show tickets are on sale now. Have a look at the Nile’s tour dates and venues to see if the band is coming to your city. 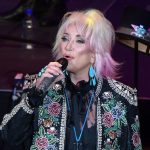 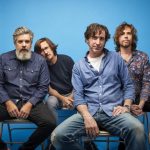