The Boston-based R&B group that has won BET Awards for lifetime achievement in 2017 is again on the United States tour after a long pause. 2022 will be the year of concerts when the singers are launching the tours after the covid 19 break. The New edition has announced their tour on their Instagram, and the fans are excited about this new announcement as this is going to be their first tour since 2016 and the first time all the members will be joining on the stage since 2014.

The tour is named Culture tour 2022 and is spread across 30 cities in the United States. The tour started from Columbus Civic Center in Columbus, Georgia, on 16th February 2022, and 22 concerts have been held in most parts of the country. Now only eight concerts remain in the selected cities. New Edition will perform in the cities of Washington, Newark, Greensboro, Charlotte, Tampa, Savannah, and Miami.

The fans are very excited about this legendary band as they have been making the songs since 1978, and their first hit was the album Candy Girl, which was released in 1983.

What Songs Is New Edition Singing In the Culture Tour?

In their past concert new edition has been singing their most famous songs, including Mr. Telephone Man , If It Isn’t Love, Candy Girl, Cool It Now, Can You Stand the Rain, Poison, Hit Me Off, My Prerogative (Bobby Brown song), Is This the End, Do Me!. Other than these songs, there have been various other songs that they can sing in their upcoming concerts.

It has been a long time since New Edition has been on tour together, and they are not alone this time. The tour team consisted of Ricky Bell as a tertiary lead vocalist, along with Michael Bivins acting as a rapper. Bobby Brown plays his role of secondary lead vocalist. Moreover, there are some other musicians as well ranging from Ralph Tresvant as primary lead vocalist , Ronnie DeVoe as rapping background musician , Johnny Gill playing his talents as a secondary lead vocalist). Jodeci and Charlie Wilson are also touring with new editions. Buy Tickets From Here

Where Will New Edition Perform Next?

New Edition will perform their upcoming concert at Capital One Arena in Washington, D.C., on Thursday, 31st March. After that, they will go to New Jersey. The New Edition has also released their new trailer of the concert on their official Instagram account.

The Purchase Of The Upcoming Events Tickets

The concerts are running smoothly, and the fans who still want to enjoy their concert can purchase tickets on all the leading platforms. There are limited seats available, and if you are planning to have the ticket, you should hurry. The tickets are available on Viagogo, Ticketmaster, vivid seat, StubHub, SeatGeek, etc. there are only a few spots in the selected category. The minimum price of the tickets is from $60 to $70. However, you can get premium tickets by paying more. Buy Tickets From Here

There are different kinds of tickets available for the concert. Regular tickets are good if you want to enjoy the show, but you can see your favorite artist up close by paying more. In the case of the New Edition, Jodeci, and Charlie Wilson’s performance, it is better to have a front seat to enjoy their singing and performance with ease and with full potential.

In the premium tickets, you would get the front seats from where you can enjoy the show easily, early access into the concert venue, access to the soundcheck party, and much more.

VIP tickets are available for the concert that will provide the first-class arrangement with most front seats, the best view, early access into the venue, bar service, photography sessions with the artists, and much more. If you are a die-hard fan of the New Edition, then it is better to have the VIP tickets, you will not regret it, and it will be a memory for years.

The Policies Of The Tour

Due to the Covid 19 restrictions, the tour management is taking the necessary measures to avoid contact with anyone and is taking measures to reduce the spread of the virus.

Every attendee must show their ticket, Identity, and proof of vaccination or Covid negative report. All the attendees must provide the covid negative certificate that should not be older than 72 hours, or if they have the proof of vaccination, then the final dose should be taken at least 15 days before the concert date. Failure to provide all the documents at the entry gate will result in the refusal to enter, and no payment of a ticket is guaranteed in these situations.

Due to the risk of voice 19, the authorities would not touch the attendees’ personal belongings, so all the participants must bring a transparent vinyl bag to store their accessories if necessary. The bag should no longer be greater than 12 x 6 x 12 inches in size. However, the participant can bring their wallets and small bags that are no more than 6 x 6 inches in size. Anything that is not complying with the term and conditions of the entry will be stopped at the gates/there is no deposit facility available at the gates. Get Cheapest Tickets From Here

Feb. 16 at the Columbus Civic Center in Columbus, Georgia
Feb. 18 at Bridgestone Arena in Nashville, Tennessee
Feb. 19 at Legacy Arena in Birmingham, Alabama
Feb. 20 at State Farm Arena in Atlanta, Georgia
Feb. 24 at Wells Fargo Center in Philadelphia, Pennsylvania
Feb. 25 at Chartway Arena in Norfolk, Virginia
Feb. 26 at Madison Square Garden in New York, New York
Feb. 27 at Chesapeake Employers Insurance Arena in Baltimore, Maryland
March 2 at TD Garden in Boston, Massachusetts
March 4 at Rocket Mortgage FieldHouse in Cleveland, Ohio
March 5 at United Center in Chicago, Illinois
March 6 at Little Caesars Arena in Detroit, Michigan
March 11 at the Enterprise Center in St. Louis, Missouri
March 12 at the Heritage Bank Center in Cincinnati, Ohio
March 13 at the FedEx Forum in Memphis, Tennessee
March 18 at Oakland Arena in Oakland, California
March 19 at the Michelob ULTRA Arena in Las Vegas, Nevada
March 20 at Crypto.com Arena in Los Angeles, California
March 24 at Dickies Arena in Fort Worth, Texas
March 25 at the Toyota Center in Houston, Texas
March 26 at the Brookshire Grocery Arena in Bossier City, Louisiana
March 27 at the Paycom Center in Oklahoma City, Oklahoma
March 31 at Capital One Arena in Washington, D.C.
April 1 at the Prudential Center in Newark, New Jersey
April 2 at the Greensboro Coliseum Complex in Greensboro, North Carolina
April 3 at the Spectrum Center in Charlotte, North Carolina
April 6 at the Vystar Veterans Memorial Arena in Jacksonville, Florida
April 7 at the Amalie Arena in Tampa, Florida
April 8 at the Enmarket Arena in Savannah, Georgia
April 10 at the FTX Arena in Miami, Florida

The ticket policy is dependent upon the website you buy the tickets from. However, New Edition would make sure to return all the amount to the participant by the method they used to deposit the money in case of the event’s cancellation. If the event is postponed or rescheduled, there is no need to purchase separate tickets for the new concert, and the old tickets would be valid. There is no guarantee of the return of the amount if the participant changes their plan to attend the event. The resold tickets do not come in this category, and there are separate policies.

In case of a change of the concert date, there will be a prior announcement, but rescheduling or postponement is highly unlikely because of the current situation. The policies may be subject to change under the new rules and regulations or the conditions at the concert. 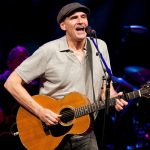 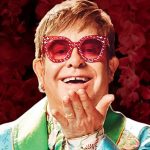