After five years- the metalcore titans every time I die is coming back on our stages. The band on 27 September Monday announced their reunion and left the fans in a sense of craziness. The band had a plan to come by 2019; but , due to the covid, the plans were disrupted. However, in 2021, the band has announced their tour dates and the big news of releasing the album. Five years after releasing their last album, low tears- the band goes around the most significant release time. Thus, now the band has announced the release of their new album named radicals, which will be on stage by 5 November.

Earlier the month of august- the band shared The new photo on their Instagram handle: having a hoodie and the guitar in hand, the band titled the pic as the “ the post boredom”; thus, it was expected that they were going to announce something big. Also, the band released a music video giving a hilarious message for their tour. Suddenly after this- the main vocalist of the band, Keith Buckley- came to the official account of every time I die and gave the review on the post boredom.

The tickets for the general public will go on live sale from Wednesday 20 October 2021- 10 am local time Right this way, please… >>> https://t.co/jVSIQlCDJ9 #EveryTimeIdie pic.twitter.com/6kpxEDpteB

He states, “Post-Boredom” was the first song I ever wrote that gave me the feeling of real truth. I wasn’t hiding any secret confessions in metaphors; I was very much fed up with living an unfulfilling life and felt that I needed a death (either figuratively or literally) to have a fighting chance at finding new meaning. I see this song from a distance. It’s reflective but also, finally, detached. Not a full ego death, but indicated that the process needed to start immediately in my own life. If you read the lyrics and it resonates with you, then you also need to recognize that you might be feeling unseen in your current form. So, what are YOU going to do about it if given the gift of death?”

With the announcement of the tour and the album’s release, the air of craziness has covered the environment. Different websites also announced their services for every time I die radical tour 2022.

The VIP group tickets are on sale; however, The tickets for the general public will go on live sale from Wednesday 20 October 2021- 10 am local time. So, mark your calendars,  book your seats from these websites at a very affordable cost. 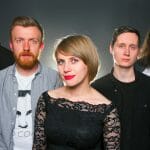 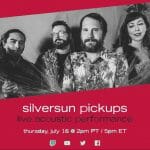