Silversun band – the alternative music star of the industry featuring Nikki moringar, brian Aubert and others has recently announced their pickups tours of the United States. The band, on Wednesday 29th September– announced their great tour and left the fans wild and crazy. Earlier this week, the band mentioned their tour details through their official Instagram and Twitter handles announcing their US tour. The band toured all across the US, supporting their recently released album “Widow’s weeds.” The tour lasted for 15 days, thus providing the fans the 15 great days of thrill, excitement, and fun.

According to the band’s recent announcement, the tour will start from 1st November and will last till 21th of November 2021-Silversun in between these days, and will perform in the major cities of the US. Ranging from Chicago to Kansas city and San legos. The band will visit most of the states.

However, in the tour, the Silversun will support and raise voice for a special guest: the Zella day. Similarly, in 2020 the band announced its tour and supported the influencer Eliza and the delusional.

Five years ago today, “Latchkey Kids” was released as our 3rd single off of #BetterNature! ▶️ https://t.co/73n0GgxTMr

Silversun Tour Dates 2021 Are Given Below 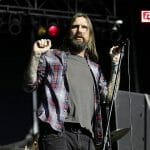 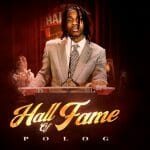