Are you a music lover? If yes, then the Bleachers Tour would be the perfect opportunity for you. Bleachers: an American-based band is often known for its fantastic music performance in indie and alternative rock music genres. Moreover, the band started back in New Jersey and was created by the excellent musician Jack antonoff. However, it was mainly inspired by the pop music artist John Hughes.

The band recently came across social media and announced the US tour for 2022. The announcement creates huge applause on social media, where thousands of people show their excitement while others post a picture of tickets showing that they are joining them on a Tour.

Here in this guide, we will explore every aspect of the Bleachers Tour that will help you to decide. So, let’s explore it!

radio city and austin – we are SOLD OUT! tickets in other cities are going quick … https://t.co/SdBwmVSbtn pic.twitter.com/XTbJFY9C6R

What Has The Bleachers’ Announced About The Tour?

Recently, on Jan. 29, 2022, the band’s primary vocalist went across the bleachers’ official Twitter account and announced the Tour’s exciting news. Moreover, he shares the tour dates for the upcoming northern American Tour and notes that the 2022 tour of bleachers is one of the most extensive tours that is about to come. Hence, such a post creates a tremendous sense of Excitement. Furthermore, John shared the beautiful poster of the tour announcement that keeps the attention of the fans towards it.

Furthermore, the Tour has been set up in support of the band’s new album of 2021, “take the sadness out of Saturday night” The album, however, was released back in July 2021 by RCD records.

What Is So Special In “Take The Sadness Out Of Saturday Night”?

The album was known for its immense collection of music. Moreover, the albums consist of a fantastic guest presence. The appearance of the great Bruce Springsteen and Lana del Rey hooked the viewers towards it. Also, the band recently released a new video intending to perform that song in their coming Saturday night live debut.

Something About The Members Of Bleachers

With their enticing music, the band bleachers are widely recognized all across Europe. However, the significant members who mainly play for the band in the live Tour include the starring jack and often acts the role of the lead vocalist and the guitarist while Evan smith and Mikey Hart act as the keyboard specialist and pianist, respectively. Moreover, zem Audi mostly plays the keyboard and the blue tiger. However, Sean Hutchison and Mike riddle Berger are some of the other talented members of this band. The band will perform live on Jan. 15, 2022. So, don’t forget to join them and rock on.

What Are Some Of The Band’s Popular Hits?

The bleachers’ mostly songs have gained million + plus views; however, some of the band’s hits just crossed the limits with people loving it so much. These songs range from the fantastic pop music hit Strange desire to go now and not take the money to others. The band’s music albums are full of praise.

Who Are The Other Artists Joining Bleachers On Tour 2022?

About The Tour And Dates

The band will kick off their spring-summer North American Tour in the mid of May. The tour will mainly kick off on May 17 from Orlando. However, the band will then move towards New York and Los Angeles to Colorado from there. Thus will cover all of the major cities of North America.

When Will The Tickets Of The Bleachers Tour, Goes On Live Sale?

Bleachers tickets are now on sale for a schedule of upcoming tour dates. Check out the Tour’s full schedule below, and purchase the tickets via Ticketmaster, Ticket network, and vivid seats only because they offer genuine and spam-free tour tickets. Tickets go on sale to the general public Friday, Feb. 4 at 10 a.m. local time for all shows. There is an option for those who do not want to wait until the tickets go on sale to the general public; they can book their seats right now on sites like Vivid Seats. The tickets are available from $44.00 to $ 138.00

What Are The Major Rules And Regulations Regarding Covid

Well, covid is a reality of today’s world hence everyone must take care of the covid. Thus, the Bleachers band takes precautions for their Tour. The john as the band’s main musician announces the set of regulations from the official Twitter account; these regulations include:

With Ticketmaster and Vivid Seats, you have our 100% guarantee that you will receive valid tickets for your Interpol concert just as if you had made the purchase straight from the ticket office. News of Covid-19 is buzzing around; in that case, if the show is cancelled, fans should not worry about the money as their money will be refunded. For us serving our customers is our duty.

Please check the venue website for updates before attending the event, as the policies might be reviewed. 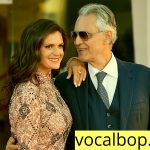 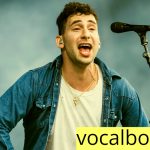