There is no denying the fact that 2022 is going to be the year of concerts and tours after the long break due to the covid-19 crisis and restrictions due to it. But the conditions are beginning to improve, and entertainment gatherings are allowed. Many singers and artists are announcing their tours in 2022, and one of them is Thomas Rhett. Thomas Rhett is a country singer, and we can see that 2022 will be a memorable year for country music lovers. Many country singers like Reba McEntire, Kenny Chesney, Keith Urban, Kacey Musgraves, and Darius Rucker will perform on their announced dates in different parts of the country, and Thomas Rhett is also going to add to that list.

The Tour of Thomas Rhett is named ‘Bring the Bar to You Tour.’ The Tour is promoting his upcoming album ‘Where we Started,’ which will be released on 1st April 2022. One of the album’s songs is named ‘Bring the bar’ on which the name of the Tour is decided. This will be the sixth album of Thomas Rhet after his last album ‘Country Again: Side A’ which was released in 2021. The Tour will hit the crowd of 30 different cities and will be one of the biggest and longest tours of 2022. Thousands of fans are expected to attend the concerts of Thomas Rhett that will be held in the city of Gilford, NH, on 17th June 2022. Rhett will perform two shows in Gilford on the 17th and 18th of June before continuing his quest across the United States. The Tour will end in Dayton, OH, on 15th October with the final performance in Nutter Centre.

Phoenix! Last night was incredible. Y’all were such an amazing crowd🙌 thanks for singing with us! pic.twitter.com/eEhUGbgKmt

The Team For The Tour

The team for the Tour has not been announced fully yet. But the Tour will feature the guest appearances of Parker McCollum and Conner Smith. These three artists are in the mood to entertain the crowd with their music and singing spells.

2022 will be very busy for Thomas Rhett, and he will release his new album, going on a tour with 30 destinations and a concert. Not only that, but he is also having pre-tour shows on selected dates in various parts of the country. He will perform in the Coliseum in South Phoenix in Arizona on 5th February. Also, he is attending Tortuga Music Festival 2022 In Florida On 9th April. He also attended the stagecoach festival in Indio on 29th April and the heart country celebration on 7th May. After that, the official Tour will start on 17th June.

Songs In The Concerts

As the Tour is in promotion of the upcoming album of Thomas Rhett, the Tour will mostly cover these upcoming songs that are not yet released. The album would contain 15 songs, including Slow Down Summer, Bass Pro Hat, Bring the Bar, Paradise, The Hill, Mama’s Front Door, Us Someday, and other pieces. Other than that, there are high chances of Die a Happy Man, Craving You, Get Me Some of That, What’s Your Country Song, Crash and Burn, Make Me Wanna, Beer with Jesus, Look What God Gave Her, Star of the Show, Beer Can’t Fix, Something to Do with My Hands and many other songs.

Well, tickets are the primary concern for the fans because, without tickets, the fans could not see their favourite artists performing live. Tickets for Thomas Rhett’s concert in the Bring The Bar Tour schedule are already put on sale on 28th January 2022 at 10 a.m local time. Moreover, there was also a pre-sale offer for selected members of HomeTeam who could buy tickets from 25th January at 10 a.m.

If you are a diehard fan of country music and Thomas Rhett, Buy yourself a ticket and secure your seat at his concert.

The Cost Of Ticket

Thomas Rhett’s upcoming tour ‘bring the bar’ tickets are available for around $32.50. However, if you are willing to pay more and enjoy more from premium seats, you can also buy VIP tickets that cost up to $450. www.ticketnetwork.com, www.ticketmaster.com, www.vividseats.com, or https://seatgeek.com/ are the best platforms for purchasing tickets.

There is always a way to get your hands on cheap tickets. The prices of the primary market ticket do not fluctuate and remain constant, but there are secondary markets that set the ticket prices according to the stock and the demand of the keys. When the concert dates get near, and they have a lot of access to sell, they decrease the price of tickets. In this way, you can get the cheapest tickets just before the concert starts, but it is not a recommended strategy if you want to attend the show in all conditions because the price may also get high. 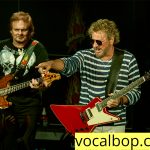 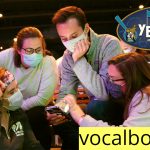