Miami is set to host the 22nd edition of the Ultra Music Festival in 2022. The event will take place from 25-27th March, and will be celebrating its 15 year anniversary as it moves into the 2020s decade.

Ultra Music Festival is the world’s most famous electronic music festival. Started in 1999 and named after a Depeche Mode album, Ultra has grown to be one of the biggest festivals on this continent.

Ultra Music Festival is the world's most famous electronic music festival. Started in 1999 and named after a Depeche Mode album, Ultra has grown to be one of the biggest festivals on this continent. Click to Tweet

This festival is known for two things: a perennially stacked lineup and an all-out party atmosphere. Each year 165,000 people pack into Bayfront Park to not only hear the biggest names in electronic music and hip hop but also get down with some of their favorite DJs as well.

Every electronic genre is covered, but some of the biggest names in house music and beyond make a pilgrimage to Miami every year.

The Ultra Music Festival draws 70,000 party people every year from the world over. “It is a celebration of life,” says international DJ Armin Van Buuren about this major event in Miami that celebrates all things fresh and new with fireworks displays and laser shows across multiple stages.

Ultra Music Festival is a festival that has it all: amazing music, an international audience. The performers are the best of their kind and span across the world to give you some of today’s hottest hits before they hit radio stations near you.

From house music to dubstep and even trance, the Phase 2 lineup for Ultra Music Festival will feature over 200 artists from around the world on five different stages. Headliners include superstar DJs like Afrojack and David Guetta while breakout stars such as Martin Garrix are also set to play this year. Additionally, there will be live performances by Flume, Gesaffelstein, Zedd, and Major Lazer with more headlining details coming soon in next week’s release of phase 3 information.

If you don’t know what to do once the main stage ends, then just explore. There are multiple stages at Ultra Music Festival that have different immersive experiences and there is no way someone can see it all without exploring! Bounce from one place to another- like Main Stage, World Stage, Live Stage, or Carl Cox Megastructure; Resistance Miami and back again- soaking up some good vibes while exploring around for a new experience.

Ultra Music Festival is not for the faint of heart. It’s an 18 and over the event, so bring your ID! If you’re looking to have a long weekend of partying with friends then get excited because single-day tickets are no longer available. There are general admission or VIP options that start at $399.95 for each ticket and prices will increase as we near the date when they often sell out before it happens again next year (so don’t wait too late).

Transportation & Where to Stay

If you’re feeling adventurous, make your way to the Miami River and enjoy a boat ride along the river before arriving at Bayfront Park. Catch public transportation like MetroBus or take advantage of Uber for an easy commute.

The Sunvibe festival has only just begun but if you want to enjoy all that it offers then staying in Downtown Miami or Brickell is ideal because both areas are nearby. You can walk there from wherever you stay which makes life so much easier when packing up after each day’s festivities, plus they have great hotels nearby too- some even offer discounts during this time of year.

Prepare for the sun and warm temperatures. Wear lightweight, breathable clothing that is neon or rave-inspired! Bring sunscreen to stay protected from skin cancer. There are free water stations throughout the grounds where you can refill your reusable water bottle (or purchase food if desired). Fanny packs have made a comeback so wear one to keep all of your valuables safe during Ultra’s festivities. we’ll see you there.

How to Get to Ultra Miami?

There are many ways to get your tickets for the festival, but if you’re not sure which one is best for you we have three shuttle options. The buses will pick up at 3 different hubs in Miami before taking a scenic trip through downtown and ending their journey on our beautiful waterfront venue. 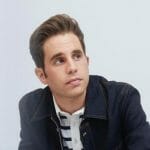 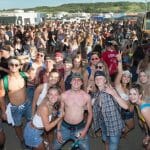