Lupe Fiasco, who delights fans with a distinct Rap/Hip Hop sound, has emerged as one of the top Rap/Hip Hop artists in the 2022 music scene.

Famous hip-hop artist Lupe Fiasco has revealed plans to celebrate the 15th anniversary of his album “The Cool,” which was nominated for a Grammy. The tour will take place later in 2022 in the United States. The first leg of the 5-city journey begins on September 7 in New York. It continues through October, making stops in Washington, DC, Boston, San Francisco, and Los Angeles. Before embarking on the tour, the musician will appear in Morrison alongside Atmosphere, The Far Side, DJ Abilities, Sa-Roc, and Sol Messiah for a show that is being headlined by Atmosphere.

During the anniversary shows, Lupe will perform The Cool in its entirety, accompanied by a band. The concept album, which was released in 2007, consists of 19 tracks and lasts for a total of 70 minutes. The album is built around Food & Liquor’s song “The Cool” and includes songs such as “Go Go Gadget Flow,” “Superstar,” “Paris, Tokyo,” and “Hip-Hop Saved My Life,” and “Little Weapon.”

What should I anticipate from a live performance by Lupe Fiasco?

Lupe Fiasco is a performer who takes great pride in being a “vibe engineer.” Although he may have a specific set list in mind for a particular tour, he is never so tied to it that he is unwilling to change the set at a moment’s notice, even though he may have planned it out in advance. Lupe Fiasco enjoys interacting with the audience and will frequently take comments from the crowd and engage in back-and-forth conversation with them, discussing social and political issues and enabling them to inspire impromptu cover performances. The interactive experience of a Lupe Fiasco concert is something that music fans should not pass up.

Who or what are some of Lupe Fiasco’s musical inspirations?

Lupe Fiasco has long been a fan of hip-hop music, but he has never been a fan of the violent and sexist elements that are sometimes associated with the genre. He has created his distinctive sound by fusing hip-hop and R&B, drawing inspiration from musicians such as NWA and De La Soul. In addition to Pharrell, Mos Def, and A Tribe Called Quest, Lupe Fiasco cites them as primary musical influences that influenced him.

Does Lupe Fiasco have any awards to his name?

During his career, Lupe Fiasco has been shortlisted for 31 awards, including a dozen Grammy Awards; however, he has only managed to take home four of those honors. His collaboration with Jill Scott on the song “Daydreaming” earned them the Grammy for “Best Urban Alternative Performance” in 2008. In addition, he has been honored with an MTV2 Award, an AOL Music Award, and a USA Characters Approved award. In addition, GQ named him one of its Men of the Year for 2006.

How much are tickets to see Lupe Fiasco cost?

The prices of Lupe Fiasco tickets sold on the secondary market are highly variable and depend on many factors. Tickets to see Lupe Fiasco are typically available for as little as $47.00, naturally falling between $80.00 and $90.00.

Where can I purchase Lupe Fiasco tickets at a discount?

Tickets to see Lupe Fiasco are available for as little as $47.00 each if you’re interested in attending one of his shows on the cheap. In addition, once you have clicked on the date of the event that you would like to attend, you can use the “sort by price” button that is located in the top left corner of the event page to arrange all of the tickets for Lupe Fiasco in the order of the most affordable tickets first.

What is the typical length of a Lupe Fiasco concert?

Most Lupe Fiasco concerts last between two and three hours, but the length of the show can vary depending on the opening acts, encore, and other factors.

Where exactly can I buy tickets to see Lupe Fiasco perform?

StubHub, Ticketmaster, Ticketnetwork, VividSeats, and SeatGeek are some online marketplaces where you can purchase Lupe Fiasco tickets.

An experience like seeing Lupe Fiasco perform from floor seats may only come along once in a lifetime. At live performances, floor and front row seats are frequently among the most expensive tickets. Tickets to see Lupe Fiasco could cost as much as $1,000 if they are in the first row or the center stage area.

‘The Cool,’ the sophomore album released by Fiasco in 2007, was awarded the Gold certification by the RIAA and features guest appearances from various artists, including Snoop Dogg, Matthew Santos, Nikki Jean, and Unkle, among others. In 2018, he collaborated with Sublime with Rome and New Politics for several shows while simultaneously kicking off his summer tour with support from KOTA The Friend. Since his music career began in the year 2000, the Chicago-based rapper has been nominated for three Teen Choice Awards, twelve Grammy Awards, and twelve BET Hip-Hop Awards.

After making his debut with the rap group Da Pak, he quickly garnered the attention of Atlantic Records and, with Jay-assistance, Z’s was able to secure a recording contract with the label.

Lupe Fiasco released his debut studio album, titled “Lupe Fiasco’s Food & Liquor,” in 2006. Since then, he has gone on to release a total of six more albums, bringing his total number of releases to eight. His most recent album, ‘Drogas Wave,’ was released in 2018. 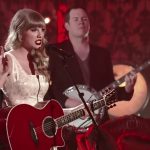 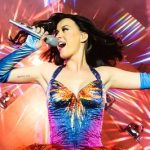