A two-match T20I series between India and Ireland is scheduled to begin on June 26. The teams for the bilateral match have already been revealed by each side. Rohit Sharma, who is set to play a series in England beginning on July 1, has been replaced as the Indian team’s captain by Hardik Pandya. For the 1st time since 2018, India is visiting Ireland. In the shortest format, both sides have faced off against one another three times, with the Men in Blue coming out on top each time.

India’s lineup for the series against Ireland:

The Ireland team for the series -against India:

In the most recent T20 series against South Africa, the team of Ruturaj Gaikwad and Ishan Kishan participated in all five games. It is realistic to presume that the pair will continue as the openers against a somewhat lower-ranked team because two matches against Ireland are planned to take place in Ireland. These two should at the very least compete in the first match, if not both.

Ruturaj Gaikwad may have had more chances than necessary, but he lost his wicket in four of the five games, thus Rahul Tripathi should be given a chance in his place.

However, despite having a poor series, Gaikwad may bounce back against a weak opponent like Ireland. Tripathi’s attempt to score against Ireland at this juncture is futile. He needs to wait for his opportunity to speak instead.

Sanju Samson and Suryakumar Yadav are in the middle order

Due to commitments for the England tour’s Test series, Rishabh Pant and Shreyas Iyer will be replaced in the T20 series against Ireland. Sanju Samson, Rahul Tripathi, Suryakumar Yadav, and Deepak Hooda are the possibilities that are now accessible.

Suryakumar Yadav will undoubtedly play at number 4 out of them. Surya is not only one of Team India’s reliable players, but he is also one of the players whose inclusion in the best playing 11 for T20 Internationals has been confirmed. Given that Rahul Tripathi is a candidate for the opener position, Team India might consider Deepak Hooda or Sanju Samson for the second middle-order spot.

This would be fascinating since it would rely on the middle-order position that Team India expects to play. A solid batting order for Team India might include Suryakumar Yadav at number 3, Hardik Pandya at number 4, and Deepak Hooda at number 5. But with the T20 World Cup 22 approaching, Sanju Samson at 3, Suryakumar Yadav at 4, and Hardik Pandya at 5 look more appropriate given that Surya and Deepak’s position is more of a lower middle-order batter.

Hardik Pandya and Dinesh Karthik were the winners

In terms of the finishers, Hardik Pandya and Dinesh Karthik should keep playing the same role they did against South Africa. Due to Dinesh Karthik’s current performance, it is now possible to envision him playing as a finisher, as MS Dhoni frequently did in his heyday.

Ireland’s pitches should not encourage spin more than necessary, although as a team, Ireland may not feel entirely at ease dealing with spin. This was demonstrated during Team India’s 2018 tour of Ireland, during which Yuzvendra Chahal won the player of the series. As a result, the key spinners of the playing 11 should be all-arounder Axar and primary spinner Yuzvendra Chahal.

Bhuvneshwar Kumar, Harshal Patel, and Avesh Khan are the Pacers

India wants to keep the same pace trio of Bhuvi, Harshal, and Avesh, at least for the first T20 International. All three pacers performed quite well in the South Africa series, and facing a weak side like Ireland would boost their self-assurance and performance. Expect the squad to use the same trio for at least the first game.

The bilateral T20I series between India and Ireland will be televised on Sony Sports Network. Sony Six and Sony Six HD TV stations will provide live coverage of the games. Online fans will be able to watch the games live on the SonyLIV app and website with a paid membership.

Since the channel served as the principal broadcaster for Ireland’s series against the West Indies earlier this year, it seems expected that BT Sport would air the T20I series between India and Ireland in the United Kingdom.

Given that it live-streamed Ireland’s series against West Indies earlier this year, ESPN+ is anticipated to carry the T20I series between India and Ireland in the United States and other regions of North America. 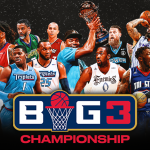 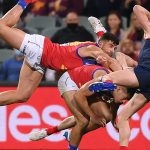