The Nigerian singer and songwriter Adedamola Adefolahan, better known as his stage alias ‘Fireboy DML‘, has announced a new tour for his American audience and has named it the ‘Apollo’ tour. The intentions of this trek are to promote Fireboy’s relatively new album ‘Apollo’ which was released in august of 2020.

Under the labels that Adedamola is signed to right now, YBNL Nation, and Empire Distribution, he has released several albums, including Apollo, which went on to win the “Album of the Year” and “Best Pop Album” awards at The Headies in 2020. Fireboy’s products have won 4 awards in 2020 alone. Including Best R&B Album, which was awarded to ‘Tears, Laughter & Goosebumps, Best R&B Single, which was awarded to his song ‘Tattoo’, and Fireboy himself won the Headies Revelation’s award. Thus, it seems the young talent has a bright future ahead of him.

In Adedamola’s ‘Apollo’ tour, he is going to visit 13 cities, including New York, Chicago, and Atlanta, and this tour of his is going to start in early February of 2020 and is going to conclude by the end of the same month.

see you in february! 🇺🇸🖤

Where Exactly Is He Going To Perform?

Fireboy has announced that he will be visiting 13 cities during his tour, which include Providence, New York, Cleveland, Silver Springs, Chicago, Minneapolis, Atlanta, Houston, Dallas, Denver, Los Angeles, San Francisco, and Seattle. Further details are given in the following sections.

What Is Fireboy Going To Perform?

It is expected that Fireboy is going to play several albums and some singles during his concerts, including ‘Laughter, Tears & Goosebumps’ and all 12 of its songs, ‘Apollo’ and its 12 songs too, ‘Peru’ the latest single, ‘Jealous’ the single that was nominated for ‘Song of the Year’ twice, and ‘ELI’ the single from 2020.

When Is He Going To Play?

Well, as the singer has declared he is going to perform in 13 cities, he has also given us the dates and times for them. They are as listed:

When Can I Buy The Tickets?

According to the artist’s Twitter account: the tickets are going on sale for the public on Nov 24, 2022, at 10 AM. Be sure to get some while you still can!

For more information, visit www.dukeconcept.com  | or www.vividseats.com , which provides filters and detailed information about the tickets and their corresponding seats. | Try www.ticketmaster.com  too! It’s a reliable website to buy tickets from. | Another one you can purchase some tickets from is www.ticketnetwork.com  and it’s an efficient one too.

Since the tickets will be limited, be sure to buy yours as soon as you can.

How Much Will They Cost?

The prices of tickets vary depending on several factors such as demand, venue, location and such. They start from $60 to reach up to $290. Be sure to tally your venue, city, numbers of tickets, prices, dates and starting times, along with at what time the doors close to avoid any inconveniences later on.

Well, after  a depth analysis, we may deduce that the fireboy DML tour is one of the most awaited tours of 2022, and you should not miss it out! 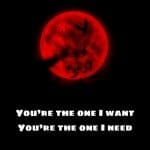 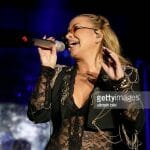