The newly released, critically acclaimed sophomore album Stand For Myself has Yola announcing a lengthy U.S leg of headlining tour dates set to run throughout February, March, and April this year.

Fans can see the legendary country singer perform two nights at one of Nashville’s most historic venues, Ryman Auditorium. He will also be performing a show in Chicago and Atlanta for those looking to experience his music outside of their hometown.

The newly released, critically acclaimed sophomore album Stand For Myself has Yola announcing a lengthy U.S leg of headlining tour dates set to run throughout February, March, and April this year. Click to Tweet

Tickets are on sale as of Friday, August 13th at 10 a.m. local venue time and with an exclusive Spotify Fans First pre-sale set for Wednesday, August 11th from 12 p.m.to 12:59 a.m. so go get your tickets now.

I am so happy to be announcing the US leg of my Stand For Myself Tour. I will be joined on select dates by @JacRoss & in Nashville, dear friends @outsidechild13 & @DevonGilfillian , because guess what, we just added a 2nd @theryman all info https://t.co/PfzcHotj0E pic.twitter.com/gRQ9Zc7Ozs

Yola has announced their ‘Stand for Myself’ tour dates 2022. They have a large following, and with the love of music comes the love of concerts. If you’re attending this concert in 2022, be sure to get your tickets early.

How much are yola tour tickets?

Yola tour tickets can range anywhere from $40 to $200+ depending on the venue. in general, if you are attending an intimate concert with a small audience – i.e., a festival or club setting – expect to pay somewhere between $20 and $50 for your ticket. but if you’re looking for something more extravagant, like a stadium-sized concert or an arena show, then expect to shell out upwards of 200 bucks per ticket.

Why Yola’s ‘Stand for Myself’ Tour Will Be Bolder Than Ever?

The British singer is set to embark on her largest U.S. headlining tour yet, beginning in February with two nights at Nashville’s historic Ryman Auditorium and Chicago’s landmark Thalia Hall among many other venues that follow the release of her triumphant new album Stand for Myself-fans can expect an exciting performance not seen before from this remarkable artist.

Yola says that she was surprised to find out about her extroverted tendencies, but the pandemic gave her time to recharge and discover who she really is. She reveals how solitude led her on a journey of self-discovery which revealed what type of person can handle living by themselves in this world full of white supremacy: introverts with an outgoing personality like hers.

Stand for Yourself, Yola’s second studio album produced by her label boss, and the Black Keys’ Dan Auerbach is an expressive departure from her first. The music on Stand for Yourself conjures images of line dancing and roller rinks, almost as much a celebration of black feminine strength through a vulnerability in songs like “Dancing Away My Tears” as it tackles issues surrounding racism such as cultural divides with tracks named solemnly after them.

“She’s quick to attribute much of the album’s success to new co-writers, most of whom were women. When she first entered Auerbach’s orbit years ago, they decided to create a record together in Nashville before they even met.”

It was a tumultuous process finding the right songwriters for her songs, but now that she has found them and is able to work with people who have been through life experiences similar to hers, they are finally starting to get those “wins” in their lives.

Yola tapped The Highwomen’s Natalie Hemby, H.E.R.’s Ruby Amanfu, and rising star Joy Oladokun to help her complete songs that had previously stalled like “Break the Bough.” Yola says: “To be able to have some agency is a really big thing that stands out [on this album].”

After a decade of genre-bending, folk and country singer Yola is resolute to keep her new album “equal parts reckoning and romp” as she moves forward with the ideas for what will be at merch available on tour.

How to get yola tour t-shirts?

Amazon sells t-shirts for $22, including shipping. They also offer discounts for bulk buying and Prime memberships to members who need them.

How much is Yola’s net worth? 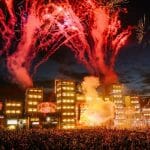 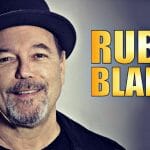