ONE LAST TIME: AN EVENING WITH TONY BENNETT AND LADY GAGA, honoring the music and friendship of Tony Bennett and Lady Gaga, airs Sunday, Nov. 28 8/7c on CBS and will stream on Paramount+.

The new concert dates got released- the fans are thrilled & excited. Well, Here is everything you need to know about it.

“One last time” will be tony Bennett’s last appearance in any concert which means the singer has announced his retirement from touring. Lady Gaga is going to partner up on the stage with Tony Bennett for this concert. The two amazingly shining stars of the music industry are coming together for the most-awaited tour & the loyal fans need to know all the details.

This special one tour however, will include songs from the other two albums of the two artists previously recorded together back in the year 2014, titled “cheek to cheek” & “love for sale” not long ago in the year 2021. The album “cheek to cheek” won a Grammy award & the other album “, love for sale”, has been nominated for the grammy award. Thus, we may deduce that the tour will be full of craziness.

The new album “Love For Sale” with @ladygaga is available everywhere now! ❤️
And the music video for “I’ve Got You Under My Skin” is out tomorrow at 9am PT https://t.co/7Qp2Ka3L0q pic.twitter.com/j72NrOkeuU

The show will be divided into several segments, including the part for jazz to be performed by lady gaga. Bennett will take the stage to complete some of his most loved work; then, both the artists will team up to set the stage on fire with their mesmerizing vocals to amuse the audience by engaging them with their songs on stage.

Some Facts About Lady Gaga

Lady Gaga, often be called as Angelina Germanotta was considered to be the legendary artist was born on 28th of march 1986 in new york city. Well, now the 35 years young artist started her career in 2001 as a singer, a songwriter & also as an actress. The American singer is still loved immensely by her fans & undoubtedly, her stardom has increased massively over this period.

Some Facts About Tony Bennett

Anthony Dominick Benedetto, better known by his stage name Tony Bennett was born in the month of august, dated 3rd in the year 1926, in Queens, new york city, US. The now 95 years old artist started his career in 1936 at the early age of 13 years, being in the golden days of his teens. The singer surprisingly also had to take part in the second world war. The amazingly talented, loved & respected artist always mesmerized his audience by his charm and the aura of not just his voice but also of his personality. Bennett is undoubtedly a superstar; the artist has won several awards, including a huge count of 20 Grammy awards, which are undoubtedly one of his most outstanding achievements. The artist has also won a Grammy lifetime achievement award.

At the age of 91 in the year 2017, Bennett was sadly diagnosed with the disease of memory loss, better called the disease of Alzheimer, which firstly he avoided disclosing about. Still, it was then revealed by his family in a show, & everyone was saddened by this shocking news that such a loved star is suffering from this disease and his loyal fans who love him so much do not know anything about it. We hope for the improvement of his health.

When Will The “One Last Time” Concert Premiere?

The concert is all set to premiere this very month, yes you read it right. The show will take place this November 2021 on the date of 28, at 8 pm. Don’t worry; you will not miss it because it is happening on Sunday.

What Songs Are Lady Gaga & Tony Bennett Going To Play At This Concert?

The duo will perform several hit songs of their career; some of them are “steppin’ out”, “fly me to the moon”, “love for sale”, “anything goes”, & many more. So stream this concert on time to listen to this fantastic last concert of Tony Bennett.

Where Can I Stream This Concert Of Lady Gaga & Tony Bennett?

The show will premiere on paramount +, formerly called the Colombia broadcasting system, better known by CBS, a major commercial broadcasting television network in the USA. So, do not miss this fantastic farewell of one of the most beloved icons of the music industry.

How To Watch Lady Gaga And Tony Bennett Concert Live On Paramount ++?

You can also visit the official websites of both the artists that are www.ladygaga.com & www.tony bennett.com to get the latest updates about this concert and any upcoming news from the artists as all the stars love to keep their audiences engaged & informed about their upcoming life events and all.

To wrap up, we can say that this farewell concert of Tony Bennett is going to sadden his loyal fans & we can’t endure saying goodbye to the superstar from touring & performing his lovely songs for us. But on the other hand, we are all cheered up to see what the fantastic duo has prepared for their beloved audience. Both the artists have done such unique pieces of work that we are thrilled to the core of our hearts for this upcoming live stream on the 28th.

Stay tuned & if you are a true fan of lady gaga & Tony Bennett, you must tune in to paramount ++ on November 28th to listen to their “one last time” Livestream. Let’s bid Tony a farewell and Hear lady gaga.

Note to readers: if you purchase something through one of our affiliate links we may earn a commission. 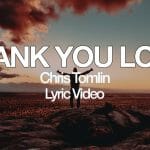 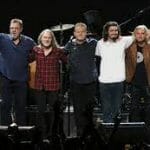