what do you think about The trophy of Video Music awards This Weekend ? Cardi B, Megan Thee Stallion and Lil Nas X are all up for one of the night’s biggest awards at the 2021 MTV Video Music Awards (VMAs), which return to New York at Brooklyn’s Barclays Center tonight.

This year’s show returns to a live broadcast, following 2020’s awards ceremony, which took place at different locations and didn’t include a live audience due to the Covid-19 pandemic. Leading up to Sunday’s show, MTV announced that the “health and safety of artists, fans, staff and partners remain the number one priority, and MTV and Barclays Center are working closely with state and local officials to implement best practices in order to safely bring together music fans from around the globe.”

How to Watch the 2021 VMAs Online for Free

You can watch the 2021 VMAs live on MTV if you have cable. But if you’ve cut the cord, there are several ways you can stream the VMAs online. The best ways to watch the VMAs live online is with a subscription to Paramount+, Sling TV or Hulu + Live TV. All three streaming services offer MTV on their platforms and all three are also offering free trials right now, so you can live stream the VMAs for free online. Read on for everything you need to know

Stream the MTV VMAs on Hulu

Stream the MTV VMAs on Paramount+

Another free way to stream the VMAs online? You can watch the 2021 VMAs on Paramount+. Test out the streaming service with a 7-day free trial; it’s only $4.99 or $9.99 each month after that for its Essential and Premium plans, respectively.

Buy: Stream the VMAs at Paramount+

Sling TV will also stream the MTV Video Music Awards on its live TV platform. You can sign up for a Sling Orange subscription ($35 per month) and add on the Comedy Extra package ($6 per month), which includes MTV and over 40 channels to stream. You can also sign up for Sling’s Blue package with the Comedy Extra add-on, which offers nearly 53 channels, but make sure to check which channels are included in whichever package you’re considering.

Just like with Hulu + Live TV and Paramount+, you can watch Sling on everything from your Apple TV to your Roku or your Fire TV Stick. Sling also lets you tune into local channels and some sports for free, but you’ll need an HD antenna to watch them.

What channel is MTV?

You can use the channel finder on your provider’s website to locate it: Verizon Fios, AT&T U-verse, Comcast Xfinity, Spectrum/Charter, Optimum/Altice, DIRECTV, Dish.

What channel is MTV?

You can use the channel finder on your provider’s website to locate it: Verizon Fios, AT&T U-verse, Comcast Xfinity, Spectrum/Charter, Optimum/Altice, DIRECTV, Dish.

This year’s Best New Artist nominees include 24kGoldn, Giveon, the Kid Laroi, Olivia Rodrigo, Polo G and Saweetie. The VMAs will also get a new award category for 2021. In addition to performing Sunday night, Foo Fighters, who are also up for three awards, including Best Rock Video for “Shame, Shame,” will receive the first VMA Global Icon Award.

If you missed “The 2021 MTV Video Music Awards” or want to binge watch other MTV events and series online as they become available, check out Philo (free trial) or Fubo TV (free trial). Both streaming services offer seven-day free trials.

According to the official MTV description of the event: Live entertainment is back at the VMAs 2021 as the biggest stars celebrate the best music videos of the year and honor artists from the worlds of pop, rock, hip-hop and more.

Here’s a look at “The VMAs,” courtesy of MTV’s official YouTube channel:

You can see a full list of the 2021 nominations here, and vote for your favorite up until tonight’s broadcast.

Disclaimer : Due To Lack of time, our Writer Team is unable to write this. this article is copied from rollingstone.com & https://www.nj.com/ if any objection plz let us inform , we delete this articles without any question 🙂 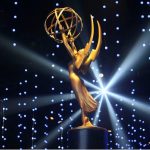 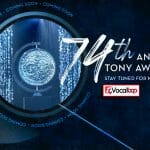