Currently, at the top of the Christian music charts, TobyMac has revealed that the next leg of his annual Hits Deep Tour will begin in early 2023. The 30-city campaign will start on January 26 in Pensacola and continue through March. It will travel to cities such as Orlando, Grand Prairie, Nashville, Grand Rapids, and San Antonio during this time. Special guests such as Crowder, Cochren & Co., Tasha Layton, Jon Reddick, and Terrian will accompany the band on this tour as support acts. Before the tour, the singer will finish off The Theatre Tour before the end of the year with backing from Terrian. This tour will take place before the tour.

TobyMac will keep promoting his eighth studio album, “Life After Death,” published on August 19, 2022, by ForeFront Records. The new album follows ‘The Elements,’ which was released in 2018, and ‘This Is Not a Test,’ which was released in 2015 and received the Grammy Award for Best Contemporary Christian Music Album. Additionally, in 2018, he welcomed Danny Gokey, Mandisa, Ryan Stevenson, and Finding Favour as special guests on his annual Hits Deep Tour. Along with Britt Nicole, Colton Dixon, and Hollyn, the singer kicked off his This Is Not a Test Tour in 2015.

Keep Your Eyes on the Prize

TobyMac, whose birth name was Kevin Michael McKeehan, started his career as a musician in 1987, when he and Michael Tait, both students at Liberty University, created the band DC Talk. With the launch of their multi-platinum album Jesus Freak in 1995, DC Talk became one of the most successful bands in the Christian music genre, leading to the record’s receiving several platinum certifications. Their previous studio albums, Free At Last (certified Platinum) and Nu Thang (certified Gold), came before Jesus Freak, their fourth studio album. Their first album, which bears their name, DC Talk. The band DC Talk split in 2001, and its members, notably TobyMac, have since sought careers as solo artists. Momentum, TobyMac’s first solo album, was released in 2001 and quickly rose to the top of the Billboard Heatseekers list upon its first release. Since the breakup of DC Talk, TobyMac has collaborated with former band members on several songs, one of which, “Love Feels Like,” can be found on the album “This is Not a Test” that he released in 2015.

The typical concert length is between two and three hours; however, this time may vary significantly based on the performer, the opening acts, the encore, and other factors. Concerts by TobyMac usually run for two and a half hours.

Setlists are subject to change depending on the venue, but TobyMac is expected to perform the following songs on his tour:

The opportunity to see TobyMac perform from floor seats may be a once-in-a-lifetime event. At live performances, floor and first row seats are sometimes among the most costly tickets. Tickets to see TobyMac at their highest price might be for a seat in the first row or the centre stage area.

What is the cost of tickets to see TobyMac?

The prices of TobyMac tickets sold on the secondary market vary and rely on various criteria. Tickets to see TobyMac can often be purchased at a price as low as $28.00, with an average price of $38.00.

Where can I get tickets to see TobyMac perform?

You may purchase tickets through the world’s biggest ticket marketplace, which comprises StubHub, Ticketmaster, Ticketnetwork, Vividseats, Viagigo, SeatGeek, and Livenation.

TobyMac has been one of the most influential figures in the Christian rap movement since he co-founded the groundbreaking group DC Talk in the late ’80s. Since the publication of his first solo album in 2001, which he did under his birth name of Toby McKeehan, he has won many GRAMMY Awards, Billboard Music Awards, and GMA Dove Awards. His Hits Deep Tour has provided tens of thousands of his devoted fans with the once-in-a-lifetime opportunity to see TobyMac perform live.

Lionel Richie Tour 2023 : Where to buy tickets and More 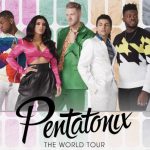