Back in February 2021, ahead of The Weeknd‘s Super Bowl Halftime Show performance, he announced a 2022 arena tour. Now, he revealed that he’ll be upgrading it to a stadium tour happening in summer of 2022, venues and dates TBA.

“Due to constraints of arenas and the demand for more shows I want to do something bigger and special for which you requires stadiums,” The Weeknd says. “Current tickets will be refunded automatically and all ticketholders will be given priority to buy tickets for the stadium shows when they go on sale. New dates forthcoming.”

GET YOUR TICKET NOW!

The tour will hit North America, Europe, South America, Asia, Australia, Africa, and the Middle East. No word yet on specific cities, but the original tour included multiple stops in the NYC-area, LA, London, Paris, and more.

The Weeknd recently released “Take My Breath” from his upcoming album. Watch the video below. 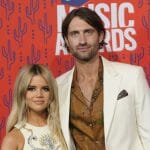