Australia will begin a three-match series against Sri Lanka on Tuesday. Three Twenty20 Internationals (T20Is), five One-Day Internationals (ODIs), and two Test matches are scheduled for the visit. The tour had been in question for a long time owing to political tensions in the island nation as a result of their economic crisis, but with the circumstances recently normalizing, Australia chose to visit the country.

Sri Lanka visited Australia earlier this year for a five-match T20I series, which they lost. Australia is ranked fifth in the T20 rankings, while Sri Lanka is ranked ninth. It will be Australia’s first visit to Sri Lanka since 2016. The long tour’s smallest format will be crucial since it will serve as a dress rehearsal for the T20 World Cup in October 2022.

Sri Lanka is now experiencing political and economic instability. Despite reports that the Australian cricket team was hesitant to visit the island nation, Cricket Australia decided to go forward with the tour.

Sri Lanka, on the other hand, has named their starting XI for the opening T20 against Australia.

Cricket Australia is sitting their Test captain, thus the guests will be without Pat Cummins for the shorter format. Adam Zampa will be unable to participate in the entire tour due to the birth of his child. A few of their key players will return after missing the series against Pakistan owing to the 2022 IPL.

Sri Lanka, on the other hand, has brought back players Wanindu Hasaranga and Bhanuka Rajapaksa, who were both unable to participate in the India trip. Hasaranga was afflicted with Covid-19, and Rajapaksa was passed over owing to fitness issues.

Sri Lanka ODI Squad: Yet to be announced.

Sri Lanka Test Squad: Yet to be announced.

When and Where to Watch Sri Lanka vs. Australia

The live coverage of the first T20I between Sri Lanka and Australia as part of Australia’s tour to Sri Lanka in 2022 will be accessible on Sony Sports in India. On SonyLIV, live broadcasting will be accessible. Viewers who want to see the match live must purchase a premium package.

The T20I match between Australia and Sri Lanka will be broadcast live in Australia on FOX Cricket and Kayo Sports Network.

The match between Australia and Sri Lanka will be shown live on Spark Sports Channel in New Zealand.

In The United Kingdom

The event will be broadcast on Sky Sports Network in the United Kingdom. The matches will be accessible for live streaming on the Sky Go app.

All international, local, and t20 leagues, as well as all International Cricket Council (ICC) competitions, are televised live in Pakistan by Ten Sports, PTV Sports, and A Sports. Pakistani supporters will be able to stream all matches on A Sports HD, while Daraz App and B Sports Pakistan possess the OTT rights to all Pakistan Cricket Team fixtures.

In USA and Canada

Willow TV will broadcast the first T20I between Sri Lanka and Australia live in the United States and Canada.

Region of the Caribbean

After losing by two wickets in the opening match, Sri Lanka won by 26 runs on Thursday at Pallekele International Cricket Stadium to tie the five-match ODI series at 1-1. Sri Lanka has not won in their previous eight matches.

Pallekele erupted in jubilation after the victory. 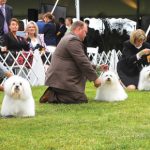 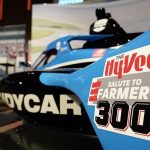