The Sparks Brothers are back for another round of music and mayhem. They’ll be touring North America in early 2022, all the way from January to March.

The tour kicks off on March 11 in San Francisco and includes stops all over the United States. On this tour, they’ll be making appearances at Big Ears fest for Knoxville (TN), as well as playing two sold-out hometown shows before the start of their national trek on February 7 & 8th! All dates are listed below.

Get ready for the most exciting tour of 2022. The NYC show happens on March 28 at Town Hall (tickets). Tickets go on sale Friday, July 16th. Presales start Tuesday, July 13th at 10 AM local time and will last through Wednesday at 11:59 PM EST.

There is a new soundtrack that just released this week, and another one coming out later on in the year. The Annette album has 42 songs to choose from while the Sparks Brothers edition features their greatest hits plus other tracks.

To all new @sparksofficial fans, here’s the late Gary Stewart: “I don’t feel an ownership with them. I think it’s really important when people come along 20 or 40 years later, you don’t say, ‘Oh, I was there all along and where were you?’ You say ‘Welcome aboard & here’s more.’” pic.twitter.com/1gPmQb9Q2w

It’s time to get all your friends excited about the tour. We’re heading out on the road again and we have a ton of confirmed dates for you. See below: 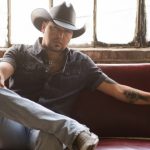