If someone is interested in the ancient musical drama, then Song of the south would be a well-known creation for him/her. The film is considered one of the most racist films of Disney. Not only this, the Song has been banned in Disney USA. There have been several complaints of inappropriate screening of black people in the film.

However, the film was released in 1946 and also held ancient history. And people gave so much attention to this musical animated movie of Disney. Then exactly how it became a subject of negative controversy would be worldwide asked. In this writing, you’ll get the answer in detail.

Song of the south- Release

Song of the South was released in 1946. The reconstruction era of the USA somehow influenced this Song. Walt Disney produced this musical drama film. The first version was released by the American film production company Rko Radio Pictures. Since the release, this piece of musical art has grabbed a lot of attention. Harve Foster and Wilfred Jackson directed the musical movie.

Related: Have you ever wondered why there are so many songs with animals in the title?

Related: What Is The Difference between punk and metal?

Song of the south History

Well, Song of the south is a historical piece of America. This movie is based on Uncle Remus’s story, and The story goes about a boy named Johnny from Atlanta who moved to a new city during the reconstruction era. At that time, he struggled in life and learned a few life lessons from Uncle Remus. Later all these stories were depicted in a musical animation movie by Walt Disney.

Though the first release was in 1946, later in the 20s, the “song of the south” came up in various versions. The entire movie was so entertaining that it attracted people after so many years of the release. This animated musical movie won few awards. One of the songs of this movie, “Zip-a-Dee-Doo-Dah,” won an Oscar for best original song of the year. That tune and lyrics of the music attracted a lot of attention.

Song of the south racist controversy

Well, Walt Disney did everything to make the movie positive. Still, the film had some controversial facts that indicated racism.

The original version of Song of the south got some racist facts inside the movie. However, the later versions had enough shots to cover this up. The original version is still a subject of racism controversy. There have shown up so many debates regarding the movie as this portrayed Africa Americans offensively.

This stereotypical portrayal based on any race is not accepted in a developed society. However, the facts came up as controversy after so many years of release. There were so many audiences who loved the movie because of its entertainment purpose.

Some USA civil rights groups complained about the racism portion in the movie regarding the offensive social facts. The complaint was made about 15 years ago. And finally, the film got banned in the USA.

Even the Oscar-winning original song “Zip-a-Dee-Doo-Dah” was also banned. The Song has been restricted to ever play at Disneyland.

Since the first days of release,” Song of the south” has been a significant controversy. Being such a popular movie, this was banned in the USA. Well, you’ll find so many versions of the animated musical film. But the original version would no longer be available on Disney. The racist facts going on in this movie made it banned. 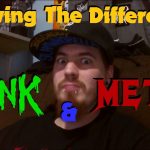 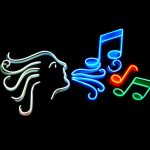