Since the publication of their first studio album, Leave a Whisper, in 2003, Shinedown has consistently been at the top of the mainstream rock charts. This success continued, reaching its zenith with 2008’s Sound of Madness, which led to the band developing a summer festival tour in 2010 dubbed Carnival of Madness, which they have headlined three times thus far. This success has contributed to the band’s continuous growth.

Throughout their career, Shinedown has worked with a few different musicians, with Lzzy Hale of Halestorm being the one with whom they have performed the most frequently. Singles released by Shinedown often make an appearance on various Billboard charts. A couple of their songs have been included in the Hot 100, and they hold the record for the second-most songs that have ever debuted at number one on the mainstream rock charts.

The first band Brent Smith was a part of that got signed to Atlantic Records was called Dreve. Because the record label was dissatisfied with Dreve, they decided not to release an album but instead disbanded the band and kept just Brent Smith, who went on to create Shinedown. Barry Kerch, the band’s original drummer, is the only other original Shinedown member still active with the band today. They published their first studio album, Leave a Whisper, in 2003. It was a successful album that sold platinum and contained the breakout hits 45 and Fly From The Inside, as well as a rendition of Lynyrd Skynyrd’s song Simple Man. Shortly after the conclusion of their tour, in 2005, they published an album called “Us and Them,” which the band subsequently dedicated to their audience.

Who exactly are the members of Shinedown that are onstage right now?

Since 2008, immediately after the publication of their booming album Sound of Madness, Shinedown has maintained the same lineup for the band. Onstage, you will hear Brent Smith’s strong vocals, Zach Myers playing guitar, Barry Kerch playing drums, and Eric Bass playing keyboard and bass, respectively. Eric Bass and Zach Myers contribute to the band by singing backing vocals.

Yes, Shinedown will go on tour in 2023. But the dates of the tour are yet to be confirmed.

The duration of most shows is between two and three hours; however, this length can vary greatly depending on the artist, the opening acts, the encore, and other considerations. Shinedown performances often last about two and a half hours.

The following songs will almost certainly be performed by Shinedown while on tour. However, the setlists may vary somewhat based on the location:

How much are tickets to see Shinedown cost?

Where can I get tickets to see Shinedown?

Shinedown floor seats have the potential to deliver an experience that is once in a lifetime. In live performances, floor seats are frequently among the most expensive tickets. Shinedown tickets can now be purchased for a maximum price of $13779; this is the total price that can be paid for the most acceptable Shinedown tickets that are still available.

This American hard rock band started in Florida in 2001, and ever since then, they’ve been wowing fans worldwide with their fantastic live performances. In 2018, Shinedown and Godsmack revealed that they would be touring together throughout the summer. Shinedown has collaborated with other rock bands, including Five Finger Death Punch and Three Days Grace. 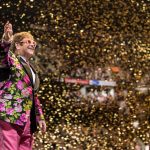