The Great 80 Tour will be broadcast live from the Royal Albert Hall to cinemas on October 27th, 2021. This is an opportunity for fans of Sir Cliff Richard to see him perform in person.

The former pop star, Cliff Richard has been in the music industry for 60 years now. This year he was joined by 100 thousand fans at cinemas worldwide to celebrate his accomplishments – including all those jazzy hits.

“Cliff Richard has been a pop music legend for over four decades. His engaging performance on tour will be available in cinemas from October 27, with encore screenings taking place at 2:30 pm on 30 Saturday and 31 Sunday.”

Perfecting the art of the photobomber at Gateshead – such a great night. Who’s up for more at Blackpool Opera House? #CliffRichard pic.twitter.com/HJgtoJYIuR

Later this month, the esteemed singer who grew up in Hertfordshire invites you to be part of his most fabulous big screen party. For one night only he will celebrate with an 80th birthday screening across cinemas nationwide.

Read More: How Much Do Backup Dancers Make On Tour?

The Location Of The Tour

The Great 80 Tour will be beamed live from the Royal Albert Hall in London to cinemas – including our very own campus West at Welwyn Garden City, Odeon Hatfield at The Galleria, Cineworld Stevenage, and Wyllyotts Theatre Potters Bar.

The famous musician’s show is coming your way on October 27th– don’t miss it.

Sir Cliff is set to make his return after a year away from the stage, with an all-star lineup of musicians in tow. The singer will perform some of his greatest hits live for fans once again.

What The Sir Cliff Tour Is About

This event will be an exclusive screening of Sir Cliff’s new movie, recorded especially for cinema audiences. It promises to provide some laughs and exciting scenes.

Cliff Richard is celebrating his 80th birthday this year, which means that The Great 80 Tour will be happening. This concert tour was originally scheduled for 2020 to coincide with Sir Cliff’s big day.

Although he is now celebrating a year later, it’s never too late for cinema audiences to celebrate this milestone with him. So head on out and watch your favorite film today.

The Great 80 Tour will be shown on over 1,000 screens in the UK and Ireland! This includes major multiplexes as well as many independent cinemas. The film is produced by Cliff Richard’s own company so you know it has some good tunes with heart-wrenching moments to make for an unforgettable experience.

The Summer Holiday star is delighted that CinemaLive is once again partnering with them to show their concert film, The Great 80 Tour in cinemas worldwide.

What Sir Cliff Thinks About The Tour

“The pandemic has caused the postponement of my 80th birthday tour. I’m so disappointed that you won’t get to see me perform this year! But don’t worry, because with your support and enthusiasm for music like ours both in attendance, surely there’s no such thing as too old.”

“One way or another even though everything may change over time; our bond will never be broken – thank you all again from The Voice himself”

“The chance to share the show with a wider audience, both domestically and abroad is something I’m really excited about”

“I am so excited to be taking part in this tour – it’s going to feel just like being back on the big screen again! I’ll start at 80 years old and then by popular demand, will turn 81 when we’re showing up at cinemas. It couldn’t be more of a coincidence right?”

With over 100 albums under his belt, Cliff Richard is not only one of Britain’s most successful pop artists but has also been in charge for over four decades.

For generations of people, his music has been a constant. David Bowie’s sound can be heard in rock tracks such as Devil Woman and ballads like Miss You Nights – not to mention the UK’s best-loved Christmas songs.

Cliff Richard has been on a roll lately. His latest tour was even more successful than the last one, grossing £1 million at the UK box office in just one weekend. 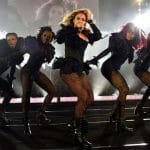 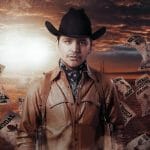