SAINt JHN, the Brooklyn-based rapper has announced a major North American tour that will take place later in 2021. His In Case We Both Die Young Tour kicks off October 19th at Phoenix and continues through November with most major markets being hit like Dallas, Houston, Miami, Atlanta Detroit Toronto Philadelphia New York Chicago Seattle San Francisco Los Angeles. This is followed by an appearance at Hangout Music Festival for 2022 as well.

SAINt JHN, the Brooklyn-based rapper has announced a major North American tour that will take place later in 2021. Click to Tweet

SAINt JHN has been dominating the charts for years with his music and charisma. A 3X VMA Awards nominee, he’s embarking on a 27 stop tour to show North America just what they’ve missed out on.

SAINt JHN is coming back for the fans with a tour to remember. The multi-platinum artist will take you on an emotional journey of sadness and euphoria through love, life, death as well as his live performances at Rolling Loud in Miami, Lollapalooza Chicago, and Hive Fest Detroit this year before ending it all off with Arizona on October 19th.

SAINt JHN is making his final rounds to say goodbye before he leaves for LA. He’s been touring around the world, and now it’s time to come back home. SAINtJHN will perform at The Pressroom in Phoenix on September 9th, 2020, then continue through North America until November 30th, 2021 when NOVO welcomes him with open arms once again! Tickets are available for purchase via SAINTjhn.com starting Tuesday, August 17th at 12 PM (local) up until Thursday, Aug 19 at 10 PM (LA).

The public sale for SAINt JHN’s new tour will be available Friday, August 20th at 10 AM (local). The artist has been actively working on this album since the release of his last one and is excited to share it with fans. Tickets are already selling fast so make sure you get yours before they sell out.

2021❤️‍🔥 I’m going on tour, I don’t have ANY of it figured out. And have NO CLUE what I’m doing 🤦🏾‍♂️ HONESTLY! But I know time is short and life is a rollercoaster. In Case We Both Die Young, see you soon ✝️✝️ tix at https://t.co/no4iY7MP4s pic.twitter.com/NhwEABiKio

SAINt JHN is coming to a city near you in 2021 and 2022 with his In Case We Both Die Young Tour. He will be performing songs from his newest album, as well as some of your old favorites! Tickets go on sale tomorrow at 10 AM EST, so don’t wait too long. The concert-goers who attend SAINt JHN’s show have been waiting for the announcement since he first announced that he would be going on tour last November at the Voodoo Music + Arts Experience in New Orleans. The artist has had a busy year this year including releasing two new albums and traveling around the world. It is now time for him to return home to share music with his fans all over again.

How much are SAINt JHN tour tickets?

SAINt JHN tickets are typically available for purchase from the venues that they will be performing in. There are many factors involved in how much tickets cost, including night of the week they perform, which venue it is in, and any other special offer for ticket pricing. To find out more about these prices.

How to get SAINt JHN tour t shirt?

The official SAINt JHN merch store with an assortment of tees, hoodies, hats and accessories. See below for all the current tour locations and to order online. *Please note that due to heavy demand across the globe, there may be a short drought in Sainte Jhn merch from time-to-time. Thanks for your patience during this exciting period.

What is SAINt JHN net worth?

The current estimate of Sain’t John’s net worth is about $2 million. He has had a lot of success as a recording artist, but it is unclear where his money comes from – though it could be anything from touring to merchandise.

The Facebook group “Who Is Saint John” reported that he has made at least $225,000 in the past year through digital sales and could make more than six figures this year depending on streaming rates. It also estimated he’s earned another $100,000 from touring last year and will likely do even better with future tours this year because of increased popularity. 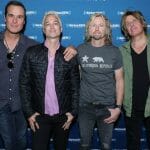 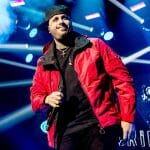