The dates for Rina Sawayama’s upcoming tour across North America have been made public at long last. The pop star, now 31 years old, will embark on her Hold The Girl Tour and make her way across the United States this fall.

The journey will begin on November 1 in Brooklyn and make stops in several cities across the country. These cities include Boston, Nashville, and Austin, among others. Rina Sawayama is scheduled to perform her tour’s final show on November 23 in Los Angeles. The performer is also planning to perform on some festival dates worldwide, including a limited run of events in the United Kingdom and Ireland.

This month, Sawayama announced that the title of her upcoming second album would be Hold the Girl. The album is planned to be launched on Friday, September 2, and the lead single for the album, titled “This Hell,” was released earlier this month.

Sawayama says, “I’ve been listening to many female country singers over the past couple of years, and I wanted to write a euphoric and tongue-in-cheek country pop song.” Sawayama is referring to the song in his statement. For me, the significance of country music is the embodiment of comfort, the art of brilliant storytelling, and the genuine expression of the songwriter’s reality.

“I tried to incorporate as many iconic moments from pop culture as possible, but the song is about more than that.”

Rina Sawayama is a Japanese-British singer, songwriter, producer, and model born on August 16, 1990, in Niigata in, Japan. She currently resides in London. Rina was born and raised in Japan until she moved to the United Kingdom when she was five. She went on to study politics at Cambridge University after graduating. While in college, she pursued modeling and her longtime passion for singing. She would eventually try her hand at hip hop by joining a group, but ultimately, she would decide to pursue her interest in r&b and pop music instead.

Rina started working with the London-based producer Hoost on her debut single, which was titled “Sleeping In Waking,” and it was released in the year 2013. She was chosen to be one of The Fader’s 13 Artists You Need To Know About In 2017 in 2016. Her first EP, RINA, was issued in 2017.

On February 14, 2018, she disseminated her newest single, “Valentine,” to the public. In June of 2018, a music video for the track “Ordinary Superstar” from the album was made available. Sawayama published the song “Cherry” in August of 2018, in which she discusses her sexual identity. In the latter half of 2018, Sawayama kicked off her “Ordinary Superstar” tour in the United Kingdom and the United States.

Clarence Clarity has contributed to writing and producing several of Sawayama’s tracks.

HOW CAN I OBTAIN TICKETS FOR THE HOLD THE GIRL TOUR 2022?

Sawayama has published the tour poster for her upcoming show on Instagram, along with advice on purchasing tickets. Tickets for the concert reportedly went on sale on July 29 at 10:00 AM local time, as stated by the singer. There are only a certain number of VIP tickets available. Still, if you can get your hands on one, you will be granted early entrance to the concert and receive exclusive merchandise and other perks.

Where can I purchase tickets to see Rina Sawayama on tour?

August 05 — Katowice, PL at OFF Festival

November 06 — Charlotte, NC, at The Fillmore

November 08 — Atlanta, GA, at The Eastern

Rina Sawayama is a multi-faceted singer and songwriter who was awarded the title of Best Live Act at the BandLab NME Awards 2022.

Her efforts have been recognized with a number of awards and accolades, along with a nomination for a BRIT. In addition, she has been offered a support slot on tour with Charli XCX and collaborations with artists such as Elton John and Lady Gaga.

Amos Lee Has Revealed His Upcoming Tour Dates For 2022 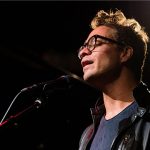 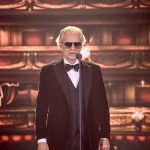