Probably the most celebrated and most successful reggae band of the 21st century, REBELUTION has recently announced its upcoming tour, which is scheduled to kick off in June. It is named GOOD VIBES TOUR in Summer , and it is planned to start this tour from St. Augustine Amphitheatre, which is in Florida.

The band currently consists of talented individuals such as the vocalist Eric Rachmany, the keyboard player Rory and the drumist Wesley finley along with Marley D who plays the role of bassist. These four legendary artists together will entertain the crowds of approximately 35 cities along with the special guest appearance of Steel Pulse, DENM, and DJ Mackle.

We’re excited to be playing @ReggaeRiseUp Florida in March! Head to https://t.co/b87We3lAnk for tickets and info ☀️ pic.twitter.com/S15TpL61n1

The GOOD VIBES SUMMER TOUR will be in the promotion of the newly released album of the band, which was made public on 18th June 2021, which proved to be the ultimate success. The band will start from the city of Florida on 1st June. It will go to Atlanta, Washington, D.CPhilly, Boston, New York City, Baltimore, Chicago, Austin, Berkeley, Salt Lake City, and many more before wrapping up in Eugene on 27th august.

Since the publication of their breakthrough 2007 debut named COURAGE TO GROW, the members of Rebelution have followed their instincts to fantastic success. The band was ranked as one of the best on the Billboard Reggae Chart in 2009; however in 2014, the band sold reggae at its peak. Moreover, the band in 2017 were nominated for a GRAMMY for Best Reggae and the album.

Where Will The Rebelution’s Good Vibes Go During Summer Tour 2022?

The iconic tour is expected to start on 1st June 2022 from the city of St. Augustine in the state of Florida. What we initially know of the tour dates is that it is expected to end on 27th August 2022 in the city of Eugene. The band will perform in the town of St. Augustine to Boca Raton, and from the town of Key West, Charleston to Atlanta and Raleigh, Manteo, New Haven, Washington, D.C., Philadelphia, Boston, Portland, New York, Baltimore, Virginia Beach, Asbury Park, Cleveland, Detroit, Chicago, St. Louis, St. Paul, Austin, Dallas, Houston, Corpus Christi, Fresno, Bend, Berkeley, Avila Beach, Flagstaff, Salt Lake City, Bonner, Redmond before concluding in Eugene.

What Are The Most Expected Songs Rebelution Is Going To Perform On Tour In 2022?

There are various songs Rebelution is going to perform. The top of the list is the songs from the alum IN THE MOMENT, which includes Satisfied, Old School 7feeling, Heavy as Lead, To Be Younger, Initials, 2020 vision, All or nothing, You and I, Adapt Survive, Future depends, that zone, Simply Captivating, Places Unknown, What Life Is, To be younger. Moreover, they will also sing some famous songs such as Feeling alright, Safe and sound, Root Reggae Music, Attention Span.

When Will the Rebelution tour Start?

The American part of the Rebelution tour is expected to start on 1st June 2022 from the city of St. Augustine.

When Will The Rebelution Tour end?

The Rebelution tour is considered the most awaited one; however, according to the various details, the tour is expected to end on 27th August 2022 in the city of Eugene.

The tickets have always been the most critical aspect. Without these tickets you can’t get the entry. Thus, if you have a craze to listen to the Rebelution band and want to enjoy its music, then it’s necessary to buy the tickets. We have encoded all the information below, so without delay, look into it.

When Were The Rebelution Tickets For 2022 Was On Sale?

We all know that these tickets have significant information. However, these regulation tours for 2022 have been on sale from 10th December. However, the presale has already ended. Well, still, it’s not too late and if you are the craziest fan, then book your seats now as tickets are still available.

What Is The Cost Of The Rebelution Tour Tickets 2022?

The cost of the ticket matters a lot. This pricing of tickets depends on whether you have the concert in a large or small city. Moreover, the demand is another that keeps the ticket cost in variation. The tickets, however, are expected to start from $50 to $200+.

Where Can I Buy The Rebelution Tour Tickets 2022?

Different websites deal with regulation tour tickets in 2022. However, it may be challenging to choose the right one for you. The one that provides reliable services with utmost features. Hence, we have the three best ticketing websites that offer everything you want from discounted prices to reliable service and customer care service. This website includes:

How long is the Rebelution concert?

Rebelution concerts are generally 2 to 3 hours, but they can grow shorter or longer. This is mainly unpredictable, but anyone can guess that the tour’s first and the final event would be much longer than usual because of the Wellcome and final performances. Moreover, it can be longer based on the gathering of a crowd because the big group takes a long time to settle down and wrap up.

What Type Of Reggae Is Rebelution?

Rebelution is Originated from Isla Vista, California, United States, with their first album COURAGE TO GROW in 2007. Their music genre is classified as Reggae rock, Dub.

Hence we may deduce that regulation is one of the most awaited tours of 2022. Excitement is all around. So, don’t stop here; book your tickets and enjoy the craziness of the regulation tour. 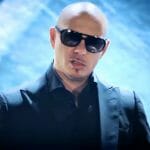 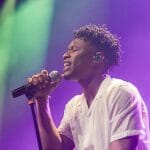