Reba McEntire the legend and one of the most popular country music award singers has recently announced her return. She on Monday came across her Twitter and Instagram official handles- stating the post regarding her reback and announcing about her Knoxville upcoming concert.

Just after her announcement- the fans of Knoxville get out of the mind. Hundreds of people posted on social media. Similarly, the Reba also gives the idea to its fans about her show in the University of Tennessee campus of sports “ thompson- Boiling Arena.The Thompson arena show is about to be launched on January 29th, 2022 Saturday.

Well, if you are a crazy fan of Reba McEntire and want to join her on the live shows- then ticket information will be much more helpful for you. The tickets for the show will be open to the general public from October 15th.

So, here is the date of the 2022 Reba McEntire live concert tour finally. Reba fans are pretty satisfied that the team has not canceled the tour. The live concerts on tour will be arranged in 12 different places in ten cities across the USA. The tour is hopefully going to start by 13th January and will last by 19th march. 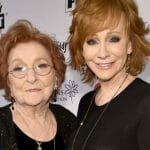 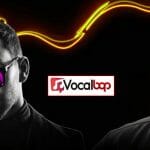