The Pineapple Thief have announced the release of their new album, Nothing But The Truth on Kscope. This is a multi-format release that will be available from October 22nd.

A tragedy in September 2020 put the band’s plans to start promoting their latest album Versions Of The Truth on hold, just like it did for so many other artists.

The Pineapple Thief have announced the release of their new album, Nothing But The Truth on Kscope. Click to Tweet

In April 2021, The Pineapple Thief filmed an extravagant on-demand live event entitled Nothing But The Truth directed by band videographer George Laycock (Blacktide Phonic/Visual). Eager to still perform and connect with their fans across the globe, they decided this was a good way to continue that connection.

When Bruce Soord first went on tour, he had a momentary feeling of disappointment. He felt like it wasn’t “real” because they didn’t have the time to practice and get comfortable with each other’s playing styles that only comes from being in small rooms together during limited rehearsal periods before going out on stage. The Pineapple Thief is equally about the studio and the stage so releasing their new album “Versions Of Truth” was hugely disappointing since there were no plans for them to go back into rehearsal or record again anytime soon but doing this film helped make up for some lost opportunities.

We all knew they did not want their performance filmed with them just standing around looking confused about what was going on because no one wants that when you are coming off your tour.

Nothing But The Truth captures the creativity, energy, and talent of one of England’s best bands. Featuring songs from all their albums including Versions Of The Truth for the first time live with stunning results.

The Pineapple Thief ‘Versions of the Truth tour dates and schedules for 2022 are now available! The band will be making their rounds across North America in the coming months, so don’t miss them. Check out all the details below.

“Nothing But The Truth” – Performance tracklisting/setlist

AUDIO DISC 1 (Nothing But The Truth)

AUDIO DISC 2 (Nothing But The Truth)

In anticipation of the Pineapple Thief’s tour, tickets are on sale now. The band is known for their mellow and soothing music that is perfect for an evening concert. Tickets can be purchased at any time through Ticketmaster or by phone with a service charge of $10 per ticket. All seats are reserved so check your seat locations before purchase.

The Pineapple Thief tour t-shirts are available for purchase on the website. This is a perfect opportunity to show your love and support for this amazing band by wearing a shirt with its symbol on it.  The shirts come in small, medium, large, XL and XXL. They are priced at $19.95 each or 2 for $34.90 plus shipping and handling costs as well as tax where applicable. Some people have commented that they would like more colors than just black but those will be coming soon! For now, you can order them in black only, and then we’ll get some other colors up there ASAP. you could try ordering the t-shirts from Amazon. 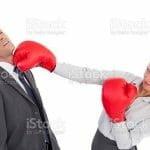 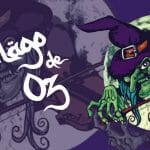