How to watch Niall Horan’s Global Live Stream in 2020

Niall Horan has recently announced a global live stream show to help raise money for his touring crew. He had to cancel his 2020 “Nice to Meet Ya” tour due to the pandemic. Still, the good news is our favorite Irish singer-songwriter will be playing from the legendary Royal Albert Hall, and tickets are available worldwide. On Tuesday (October 13), Niall Horan announced to perform this show to support his touring crew, and all his fans are waiting for the day (November 7).

What did Niall Horan say about his global live stream?

Niall said that we all miss live events, and due to the pandemic, the incredible people who work in touring having a hard time, and their livelihoods have been severely affected.
He told all his fans to buy tickets to support them and also encouraged all artists to do the same. The former One Direction singer is supporting “We Need Crew” to raise money for live touring music crews who are unable to work due to the pandemic.

Niall wanted to have a tour, but he had to cancel it due to the pandemic. But no need to worry because he will perform in Robert Albert Hall on 7th November, and tickets are available worldwide.

How to buy tickets for Niall Horan’s live show?

The price of a single ticket is £16, and tickets are available worldwide. You can buy tickets from niallhoran.com. No one wants to miss the live show by their favorite singer. Niall’s fans are really excited about this show and waiting for the day. The money is for the 27-year-old’s personal touring crew to support them and their family. Horan dropped our favorite album, Heartbreak Weather, in March, and we are all waiting for a live show by our famous singer and songwriter. It’s an audience-free live show, and people from different countries will join this event online. While purchasing a ticket, there will be an option to make a charity donation to “We Need Crew” to support the touring crew who are unable to work due to the pandemic. No audience is permitted to be there, and the only way to watch him is to purchase tickets for the online show.

Niall’s journey began with an audition on 2010’s X Factor, then Simon Cowell decided to make a group of Harry Styles, Louis Tomilson, Zayn Malik, Liam Payne, and Niall Horan. They created the biggest band, One Direction. One day Zayn decided to leave the band and made his new album “Mind of Mine.” But One Direction was still releasing new songs, and finally, they also broke up. Niall is not only a singer but also a talented guitarist, and he co-wrote some of 1D’s biggest hits. Niall signed a solo deal with Capitol Records in 2016 and made his new single “This Town.” 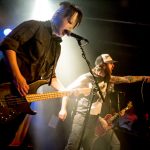