Neck Deep, the Welsh punks has pushed back their All Distortions Are Intentional Tour to 2021. They have to cancel the tour for 2020 due to coronavirus pandemic. For the health and safety of all the band has made this decision to move the concerts to 2021. In response to covid-19 outbreak the band, Neck Deep has rescheduled the All Distortions Are Intentional to 2021.

The pop punk band hailing from Wrexham, Welsh first disclose them with a music video on you tube under the band’s name Neck Deep which got viral and watched by many. After their first song got huge popularity they professionally formed the band Neck Deep in 2012. The lineup of the band is front man Ben Barlow, Fil Thorpe, Dani Washington, Sam Bowden and Matt West.

The delayed All Distortions Are Intentional Tour will resume in 2021. The North American leg of 26 date tour will now kick off in November 4, 2021 in Nashville and run into December hitting major United States market. The band has been on tours across Australia, America and the UK and appeared at the music festivals. The band has also pushed back the UK portion of All Distortions Are Intentional tour to spring 2021.

Neck Deep will be heading around North America with their recent project. The punk band will be performing in 26 American venues. To know if your favorite band is coming to your city, check out the venues and dates below and you can visit Neck Deep’s official page for information and updates on tickets and tour. 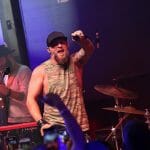 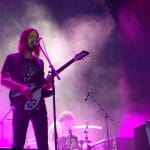