Miley Cyrus featured Dua Lipa in her latest music video on her fresh single Prisoner. The song will be on her upcoming album Plastic Hearts. The new album is all set to come out on 27 November 2020.

The track Prisoner has been picked up for the music video. The 80’s rock inspired music video has been directed by Alana O’ Herlihy and Miley Cyrus. The video opens in a horror fashion. Miley Cyrus and Dua Lipa are seen drive recklessly in a tour bus. The video is kind of Rocky Horror Picture Show. The end of the video gives a message to the audience.

Prisoner has been written following Cyrus’ Midnight Sky and inspired by 80’s hit. Prisoner is song adopted from Nicks’ 1981 classic Edge of Seventeen and Newton John’s Physical. The track Prisoner is about a feeling of getting stuck in a relationship. Miley Cyrus also featured Dua Lipa in her music video.

In the album Plastic Hearts which is due in November 2020 Miley Cyrus announced that she will feature Billy Idol and Joan Jett. The album will be the seventh studio album of Miley Cyrus. The singer has not released a full length album since 2017. Miley announced her of her upcoming album in October and she also said she is working on a Metallica cover album.

Dua Lipa has also released her music video in October and earlier in this month she along with Angele released a music video for their bilingual pop song Fever.

Miley featured Dua Lipa in her music video on the track Prisoner. The single will be added to her recent project about to come out in the market at the end of this month. The music video is available online now. 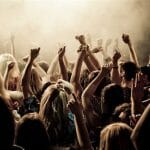 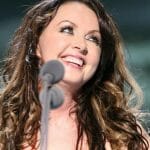