Megadeth and Lamb of God will join their hands as the veteran American heavy metal band will kick off the second leg of ‘Metal tour of the year’ on April 09 in Las Vegas. They will be accompanied by fellow heavy metal bands Trivium and In Flames as fans of heavy metal music all over the USA will witness another astounding performance. Due to the critical and financial success of the 1st leg of the tour, it will be interesting to see another Housefull performance by these legendary bands. The tickets will be available for sale from January 14.

Get ready, North America! Tickets & VIP Packages are NOW ON SALE for all dates on THE METAL TOUR OF THE YEAR with @Megadeth and @LambofGod plus special guests @TriviumOfficial and @InFlames_SWE. Get yours now and we’ll see you this spring: https://t.co/CiTgZgOshg pic.twitter.com/qWHtUdvwHY

‘Metal tour of the year’ will be the second tour where both legendary bands rock the stage. Megadeth is one of the oldest heavy metal bands still performing in America. Founded in 1983 by vocalist/guitarist Dave Mustaine and bassist David Ellefson, the band reached popularity in the early ’90s. The heavy metal band has released 15 studio albums. It holds several accolades, including the Grammy awards 2017 for best Metal Performance- ‘Dystopia.’ The band has sold 38 million copies worldwide and is one of the few bands from the 1980s American underground metal scene to achieve such mass commercial success.

Lamb of God was founded in Richmond, Virginia, in 1994 as ‘Burn the priest.’ The founding members were John Campbell, Randy Blythe, Mark Morton, Willie Adler, and Art Cruz. The BAnd has released ten studio albums, and their cumulative sales are about 2 million in the United States. Lamb of God received nominations for the Grammy awards in 2010 and 2011 for songs from their album’ wrath’. A documentary film featuring Lamb of God entitled ‘As the Palaces Burn’ was released worldwide in 2014, highlighting the band’s legacy. Lamb of God’s latest accolades came in 2016 when the metal band won the ‘best live band’ award at ‘Metal Hammer Golden Gods Award.’

The second leg of ‘Metal Tour of the year’ certainly will be a power show by Megadeth and Lamb of God, but this time more metal music will be rattled as ‘Trivium’ and Swedish heavy metal band ‘In Flames’ will also perform in the ‘Metal Tour Of The Year.’ Trivium also has a rich history of metal music as the band was formed in 1999. The Orlando-based band has enjoyed success throughout the period and has sold more than 1 million albums globally. They have recently launched their tenth studio album, ‘In the Court of the Dragon’ on October 08, 2021.

Apart from the three American metal bands, the Swedish icons Inflames will also perform in the tour’s second leg. Inflames was formed in 1990 by Guitarist Jesper Stromblad. The Gothenburg-based brand is the pioneer of ‘Swedish death metal’ and ‘melodic death metal. The heavy metal band has won two ‘Grammys’ (Swedish equivalent to Grammy award). The latest release was their thirteenth studio album titled ‘I, the Mask’ in 2019. In Flames has influenced several metal bands, including ‘Insomnium’ and ‘Blood Stain Child.’

The Metal tour of the year will kick start on April 09. The presales of tickets have started, and fans are willing to attend every concert. Let’s discuss some tickets sites where tickets are available at reasonable prices. The first one to check is ticketmaster.com, where prices are relatively moderate. For instance, the cost of April 09 concert tickets starts from 87$ to 444$ for a single person. The concert tickets at Colorado Springs range from 79$ to 334$, but prices may vary due to resale and shortage of tickets. The management may also acquire a health certificate against covid-19 to maintain a healthy environment. The second site to watch is seatgeek.com which prices of tickets at the Miami concert on April 19 range from 50$ to 103$. seatgeek.com also facilitates the customer by giving low ticket notifications by subscribing to their newsletter. The tickets are also available on ticketnetwork.com, where the price of New York concert tickets lies between 87$ to 1322$. The prices are high due to the enormous fan following in New York and the high demand for tickets. Everybody in the United States wants to witness the vibes of heavy metal music, and lucky ones will get the keys.

The ‘ Metal tour of the year’ is not only a musical show but also will be a great source of financial success for all the metal bands. According to financial analytics, the Metal tour of the year in 2021 generated some awe-inspiring numbers, with an average of 7,000 tickets sold across 24 dates, totaling 171,365 total tickets and grossing nearly $8 Million. This time the tour will focus on the midwest and southern parts of the United States. Considering all the aspects and hype for the second leg of metal music. ‘The Metal tour of the year will be one of the most incredible tours of 2022.

The complete details of The Metal tour of the year are given below: 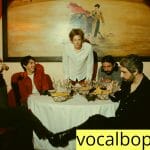 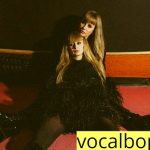