Lucy Dacus, an American singer-songwriter, has revealed the dates for her upcoming tour across the United States, which is planned to start on October 1. The first stop on Dacus’s upcoming North American tour will be in New Haven, Connecticut, immediately followed by the All Things Go festival in Columbia, South Carolina. The tour’s final stop will be in San Diego on November 19.

In addition to these cities, Dacus is scheduled to appear in others, such as Raleigh, Charlotte, Charleston, Orlando, Miami Beach, Tallahassee, Seattle, and Los Angeles.

Lucy Dacus spent her childhood in a rural community in Virginia, where her mother worked as an educator in the field of music. Because of this, Dacus spent her formative years belting out her favorite songs and honing her already impressive musical ability. She loved music so much that she went to concerts and met people in Richmond’s music scene when she was in middle school. Dacus made the intelligent decision to abandon her studies at Virginia Commonwealth University after a brief period there so that she could focus entirely on her career as a musician. Dacus gave her first performances in New York City and Chicago’s Grant Park shortly after the release of her debut studio album, and she also made an appearance on CBS This Morning. In addition, Lucy Dacus has collaborated with Phoebe Bridgers and Julien Baker under the moniker Boygenius, an independent folk supergroup. They have collaborated to create their debut extended play (EP), which bears their name and was written and recorded at the illustrious Sound City Studios in Los Angeles, California.

Purchase Your Tickets for the Lucy Dacus Tour Today!

Tickets for Lucy Dacus’ shows could be purchased through Ticketmaster beginning on July 22 at noon Pacific Standard Time.

Even though she is now considered one of the foremost figures in independent folk rock, Lucy Dacus began her career with no official endorsements from a major record company. Her first record, titled “No Burden,” was recorded at Starstruck Studios in Nashville with the assistance of a friend who happened to work there at the time. Dacus had already written all the songs, so she and a band she put together quickly spent a week putting them in order. Egghunt Records became interested as a result of the results, and the rest, as they say, is history. Lucy Dacus has been able to carve out a successful career for herself thanks to her creativity, skills, talent, and drive. She went on tour with bands like Car Seat Headrest and the Decemberists, among others. In 2018, she released her second album, Historian, which received positive reviews from music critics. According to Rolling Stone, the album received a four-star rating. The song “Historian” demonstrates that Dacus possesses an emotional depth and range, both of which are reflected in the velvety quality of her voice. 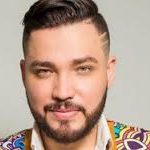 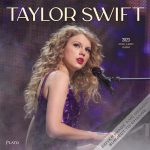