Its a shocking news for us that Julianne Hough is getting separated permanently from Brooks Laich. Although we were here hearing g some news about their splitting up. Now it is getting official Julianne already filed divorce on Brooks Laich (her husband). According to TMZ we came to know that on 3 November she did it in Los Angeles.

It’s just 5 months from their announce of their separation. They are trying to work on their relationship but the things are not going as they expected. So, she thought her freedom is greater than this relationship. So, we couldn’t say that it as totally unexpected. These 3 years of marriage had their ups and downs and it has also its ending.

Some source assure that she said that it’s not an easy sedition for her to divorce Brooks Laich. She is having a lot of mental pressure and negative vibe around her.

Something wasn’t right. Her heart was giving a slight signal she is not meant to be in this relationship. As a result, she let this go and gives are freedom a whole new chance. And we are seeing that she is true to her word we noticed a horse-riding pic on her Instagram account already.

It can look like it’s a one side decision but the couple said that they took the decision slowly and carefully and it’s a mature decision. They expected people will understand their situation and respect their privacy.

Brooks Laich thinks that people meant to change. The both partners will go to change in the course of their life. He also thinks that attraction can grow indifference sometimes. They are just accepting their indifference and try to lean them. He is only 36 and he thinks couples should communicate more towards them.

Julianne Hough is not only an American actress but also songwriter and singer. She born July 20, 1988.

She is from Orem, Utah. She is the youngest from her 5 brothers & sisters. Bruce Hough is her father & Marianne is her mother. Her father won two times chairman post of Utah Republican Party. Oren was her first Centre Stage Performing studio. At the age of 9 she started competitive dancing.

Evan Brooks Laich is an athlete is professional ice hockey player. It’s a matter of joy that he played (750) National Hockey League. He born in June 23, 1983 in Canada.

Laich has a younger brother, two siblings and an older sister. His father was a principle of a highs school. Whenever he gets time he plays golfs and

Piano. Joe Sakic & Colorado Avalanche was his most favorite player. Toronto Maple Leaf is his favorite team. In 2014 Rumer spared that he was dating Julianne Hough. We came to know that they were engaged On August 18, 2015 and July 8, 2017 the couple were officially married and we know that they announce their divorce on May 29, 2020. 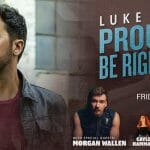 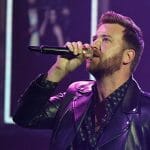