After a long silence since December 2019 and just a single event in February 2020, Josh Groban has finally decided to come back to meet his fans live on stage. In his recent official release, he announced that he would finally embark upon a journey of tours that will go through 25 different cities. The Tour is named Harmony after his last album was released in 2020. The Tour also supported his album because he did not perform any promotional tours. In a statement, he shared his thoughts about the feelings of the upcoming Tour. He said that he was far from the surface of most favourite parts of his musical career that was concerts and tours, and now he is very excited and grateful to announce that he would be back to do what he loves most and do best with his upcoming Harmony tour. He also added that the Tour is more than just a concert. He said it would be a celebration of connection with his friends, colleagues, and fans who supported him in the last couple of years. And he hopes that they will join him in the concerts.

The Harmony tour is mainly based on outdoor venues and will start from Detroit in Michigan on 17th June 2022. The Tour will hit 25 cities across the United States before concluding in Los Angeles, California, on 2nd August 2022.

He is also accompanied by Lucia Micarelli, a Violinist and Singer, on his Tour. New Orleans Preservation Hall Jazz Band will also be joining him in his Tour, and Eleri Ward will also appear on Tour.

For the sake of public safety, it is required for every participant to provide proof of vaccination or COVID negative report. The rule may be subjected to change according to conditions at that time, but Josh Groben’s whole touring crew will be fully vaccinated and masked for the safety of people. Before embarking on the Tour of Harmony, Josh will be continuing his Great Big Radio City Show at Radio City Music Hall from 7th to 9th April.

I’m beyond grateful and thrilled to announce that I’m going back on tour this summer!
AND I’ll be joined by the incredible @preshallband @theloosh @eleriward 🎶
The Harmony Tour kicks off 6/17 and tix go on sale THIS FRIDAY. Visit https://t.co/rt0xDgZDj1 for details. pic.twitter.com/mlKRzt7OVM

The Songs In The Tour

As the Tour is primarily based on Josh Groban’s latest album, Harmony, the songs will most likely be included. These songs are the world we knew (over and over), angels, celebrate me home, the shape of my heart (duet with Leslie Odom jr.), your face, both sides now (duet with Sara Bareilles), she, the impossible dream, the first time I saw your face, it’s now or never, I can’t make you love me, the fullest, nature boy, I’ll stand by you (duet with Helene Fischer), April come she will, I can see now, con Los años que me quedan, solitaire. There are also chances of many other songs from guest artists and bands appearing in the tours.

The Team Of The Tour

Josh Groban is not alone on his Tour, but he has the company of his friends and colleagues whom he mentioned in his statement before the Tour. He is accompanied by Lucia Micarelli, who is a Violinist and Singer. New Orleans Preservation Hall Jazz Band will also be joining him on his Tour, and Eleri Ward will also appear on Tour. Other than that, he will also have a tour crew who will ensure the technicalities of tours and other staff such as security.

The Start Of The Tour

Friday, the Tour will start on 17th June 2022, from Pine Knob Music Theater in Detroit, Michigan.

The End Of The Tour

The Tour will reach its destination, the Greek Theatre in Los Angeles, California, on Tuesday 2nd August 2022.

Josh Groban will be performing at the Great Big Radio City Show at Radio City Music Hall from 7th to 9th April to support his Valentine’s debut in 2020. He will also be performing at Providence in Rhodes Island on 2nd April 2022. The tickets for all these events are available for sale on Ticketmaster,Ticketnetwork, and many more platforms.

Tickets are an essential part of the Tour. Josh Groban’s Tour is being held after a long time, and various other stars are accompanying him, so naturally, there is a massive demand for tickets. The tickets are available on sale on all of the leading ticket-selling platforms from Friday 4th February 2022. However, pre-sale was opened for Citi card members on 1st February at 10.00 a.am to 3rd February at 10 p.m through the Citi entertainment program.

Tickets can be purchased from the leading platforms, including Ticketmaster, Seatgeek, Ticketnetwork, and many more.

The Price Of The Tickets

Although the Tour of Josh Groban is being held after a long time in support of his latest album that has not been performed live before with several other guest artists, the price of the tickets is relatively low. The minimum price of the ticket is about $49 to $1420 for the VIP tickets at the front of the stage with VIP privileges.

There are a lot of methods to get cheap tickets in hand. The easiest way is to purchase tickets from secondary platforms near the date of the concert. The price on the primary market is constant, but they shift with the demand on the secondary market. If the order is low and they have a lot of tickets to sell, they decrease prices. But in the case of the Josh Gorban concert, it is not recommended because there are enormous demands of tickets noticed among fans. The price is not too high considering that you will see 4 different artists and bands.

The Time Of The Concert

The minimum time for the concert is about 2 to 3 hours on the schedule, but it can get beyond this time limit due to some extra performances, announcements, meet and greet or some other activities. The first and last event of the Tour is generally longer because of the opening and final versions of the artists. 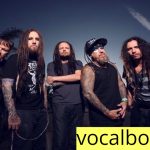 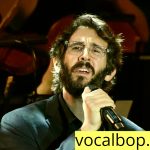