Jimmie Allen, the  American singer-songwriter, will perform at the pregame  celebrations of the Rose Parade on New Year’s Day. Jimmie Allen will perform his song “Good Times Roll” in the set of the Grammy Nominee to close out the 133rd Annual Rose Parade, according to KCAL in Los Angeles. The 64th Annual Grammy Awards will be held at the Crypton Arena in Los Angeles on January 31, 2022. It will honour the year’s best albums, compositions, and artists from September 1st, 2020 to September 1st, 2021. Honda is in charge of presenting it. On New Year’s Day, the game will begin at 5 p.m.

I’m heading out on my first ever headlining tour 2022
“Down Home Tour” I’m bringing my brothers @neonunionmusic Can’t wait to see old friends and make new ones.

Pre sale starts tomorrow. Use the code: Down home pic.twitter.com/QnQjzdiNUu

Jimmie Allen will take the stage with the four-piece band following TikTok Star Fletcher’s Drum performance.Despite winning the CMA new artist of the year award, he is also nominated for best artist at the 64th Grammy Awards. On the other hand the personal life of Jimmy aleen is an amazing aspect : In the spring of 2019, Jimmie Allen, a rising country star, and his wife Alexis Gale met. Allen married Alexis Gale on May 27, 2021, but it was later revealed that the couple married on Allen’s birthday, June 18, in 2020. The couple’s second child, Zara James, was born on October 16, 2021. Naomi, as well as Allen’s

The “Best Shot” singer has just announced the arrival of a new member of the Allen family: a puppy. Naomi, our infant, received a pet. “Dear World, meet Grammy,” he wrote in the caption. Based on her expression, this is the beginning of a wonderful friendship.

During the Parade’s finale, the US Army Golden Knights parachute team will descend from the sky. Following the landing from the route to the Rose Bowl Stadium, they will perform a live football toss. This stadium is located in Pasadena, California, which is a Los Angeles suburb. The stadium, which first opened in October 1922, is designated as a National Historic Landmark.

In 2022, LeAnn Rimes will also return to the annual parade. LeAnn Rimes was the youngest artist ever to win a Grammy, at the age of 13, in 1996. She has now performed “Throw My Arms” on the Grammy set with the Rose Parade Dancers, The Mark Keppel Dance Company, and four drummers. As the two-hour parade comes to a close, LeAnn Rimes’ segment will conclude with fireworks. According to CBS in Los Angeles, she will create a new musical piece specifically for the Rose Parade in 2022. 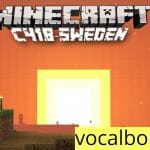 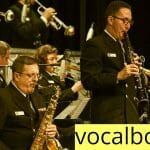