If you love to hear rock music along with the fusion of melody and realistic approach, then we’ve something fascinating.

Coldplay, the British rock band with its great composition, has a considerable fan base worldwide. The band recently, on October 14th, 2021, announced their tour dates for the year 2022. The Coldplay tour in 2022 will support their new album “music of the sphere.”

Music Of The Spheres // The new album OUT NOW https://t.co/ENpHKgXtHW 🚀 ✨ pic.twitter.com/yxuTCpqljN

On October 14th the band came across their official Instagram and Twitter handles posted a picture with an exciting caption announcing their tour. The band further announced their new album, “music of sphere,” and states that their tour in 2022 will be based on their new album celebration. Well, The news of Coldplay tour 2022 and the release of the album spreads like a fire. People got so excited that thousands of people started posting on Instagram and Twitter. Thus, making the Coldplay tour 2022 the trending hashtag.

According to the official announcement, The tour will kick off on March 18th. It will stop at various major countries ranging from Central America to Germany and from Poland to the United Kingdom. The band will cover all the major countries. The tour is considered to be one of the most awaited ones. Well, the band is touring after 2017; hence the craze of the people is so high.

The band further announced to tour in 2022 sustainably with the primary goal of minimal impact on our environment. After the announcement of dates, the vocalist of Coldplay states, “Playing live and finding connection with people is ultimately why we exist as a band. We’ve been planning this tour for years, and we’re super excited to play songs from across our whole time together,”

He further added, “At the same time, we’re very conscious that the planet is facing a climate crisis. So we’ve spent the last two years consulting with environmental experts to make this tour as sustainable as possible, and, just as importantly, to harness the tour’s potential to push things forward. We won’t get everything right, but we’re committed to doing everything we can and sharing what we learn. It’s a work in progress and we’re really grateful for the help we’ve had so far.”

Music of Sphere is the new album of Coldplay, which is announced to be released on October 15th, 2021. The album consists of a 12- track LP and is produced by pop hitmaker Max martin. The band on Tuesday has released the trailer of the album named “overtura.”

The cold play will start on March 18th at Estado Nacional in San Jose. From there, the band headed towards Costa Rica and from there to Mexico and finally wrapped up in rock and Rio Portugal on September 10th, 2022.

If you are a crazy fan of Coldplay, then attending the event can be the priority. Here’s how you can get the tickets for Coldplay tour 2022

As a significant ticket provider, fans can buy tickets from Ticketmaster, ticket network, and vivid seats.

Other than that, the fans can also directly book their seats from the Coldplay official’s websites.

The Coldplay tour will be kicked off from March 18th, 2022, and will last till September. However, The general tickets for the tour concerts will be live on sale from October 22nd, 2021, Friday at sharp 10 am. You can buy the tickets from any of the reputed yet reasonable pricing ticket brokers.

According to the announcements, all the people who enter the concert premises are eligible for tickets. There is no specification for any group. Whether you have a kid of 2 years or an old-aged citizen, the ticket is applied to everyone.

The terms and conditions of Coldplay are also similar to all other bands. Whoever enters the premises should have their vaccination card; moreover, they should have their PSR test report. Anyone having a fever is highly forbidden to enter and the use of masks and sanitizer is mandatory.

Well, after reading this, we are sure that you will be enthralled to visit the coldplay tour and concert in 2022. So, what you are still waiting for here- go and book your seats now! 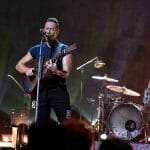 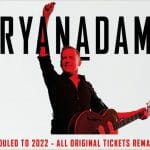