The ball gown is made by Gucci. Harry said in his cover story that clothes are for having fun, experience and play with and what’s really exciting is that all of these are just crumbling away. The singer added there is so much fun in playing with clothes. Though I haven’t given it much thought, said the British Star. Styles also said that putting on gender labels on clothes means limiting oneself.

Harry Styles is a man of style. He loves to be in style.  Gemma Styles, the sister of Harry revealed that her mother loved to be in style while she hated it and Harry was quite fond of it. Styles recalled that as a kid he used to love fancy dress.

The British star said that with music it’s so important to evolve and trying different clothes is one of the best ways to do that.

Tyler Mitchell was the photographer of Styles. The photographer already made a history in 2018 clicking the cover photo of Beyoncé for the being the first black man ever in the 127 year history of the Vogue magazine. 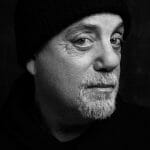 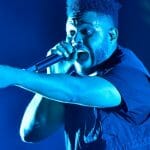