Megastar country singer Garth Brooks has announced another stop in his tour that he will also be performing in North Texas, the area that he left unexplored for nearly a decade. The situation will change, and he has announced a tour date on 30th July 2022 at AT&T Stadium in Arlington, North Texas. This would be his first performance in North Texas since 2015.

Garth Brooks is a legendary singer who turned 60 in February this year and has won seven CMA entertainer of the year awards. He is also the top-selling solo artist in United States history, with record sales of 157 million records. The artist recently announced a mega tour with concerts in 77 cities and will add a date to that.

Brooks’s last performance was in the Dallas-Fort Worth area in 2015, where he performed seven shows in six days at American Airlines Center in Dallas.Brooks could also be seen as a semi-outdoor concert organiser in 2020 when the regular concerts were restricted to the outdoor screens of Fort Worth, Granbury, Frisco, Mesquite, and Ennis as part of his drive-in concerts concept. Get Cheapest Tickets From Here

Brooks is a native of Yukon, Oklahoma, and is also a grandfather, but that will not stop him from long tours and concerts. He is the only artist in the United who has nine albums on the diamond status. He was also awarded country Touring Artist of the decade last year by the Pollstar awards due to his entertaining long chain of tours and concerts. He witnessed record attendance in his 2019 stadium tour, where almost every stop had record attendance and full ticket sales. Buy Tickets From Here

Tickets for the Arlington concert in North Texas will be put on sale from 15th April 2022, Friday from 10 a.m central time. The tickets would be available on Ticketmaster, and they can also be bought by calling 877-654-2784. The prices of the tickets start at $98.95 after taxes, and there is a limit of 8 tickets. Buy Tickets From Here

There is a high demand observed in the sale of his previous tickets, and the same goes for this concert. The fans are eager to watch their favourite artist once again performing in Texas, and it is highly recommended that you book the tickets on the first day if you want a place at the concert. There are many kinds of tickets available such as regular, premium and VIP. VIP tickets are the most expensive and have the maximum benefits like enjoying the concert from the front seats, early access into the venue and the chance to meet and take photos with the artist.

Brooks is very close to the fans of the Dallas area and has great affection for them. He made it clear in his news conference before his 2015 concert. “This is a place of history for us, a place of love,” he also added, “People fed us here when we couldn’t feed ourselves and housed us when we didn’t have money to house ourselves.”

In support of Ukraine, Pink Floyd release their first new song in 28 years 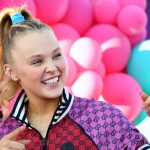 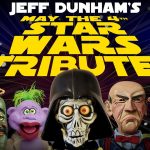