New to the insightful music field, an art-rock band with the most analytical ovation obtained from the New York Times with first big studio album Wildewoman released back in 2013, second album Good Grief revealed in 2016, and third studio album Nudes broadcasted in 2018. Yes, the talk is about post-punk music “Lucius Band ” as they have officially announced their fourth studio album, “Feels like second nature,” which will be out on April 8th for the pop music fans to mesmerize the moments. Incorporation with Jess Wolfe as the main vocalist and Holly Laessig as the drummer of the Band, Peter Llish serves as the forefront guitarist, and the leading producer of the Band is Dan Molad. Additionally, Casey Foubert has taken the place of Andrew Burri as he left the Band in 2016.

Second Nature by Lucius is co-produced with Brandi Carlile and Dave Cobb. The album Promises to be the ingenious version of indie-rock music. The album has been recorded in studio A of Nashville, which marks Rob Moose, Gabriel Cabezas, and Drew Erickson’s previous contributions. The Band has announced a “second nature” tour for all the American Countries of the North. Lucius’s first song off the album “Next to Normal” video has been revealed for fans to enjoy. The Tour will commence on April 28th from North Adams at MA to places including New York at Beacon Theatre, Portland at State Theatre, Washington at 9:30 club and a bunch of other sites like Philadelphia, Nashville, Atlanta, Berlin, Paris, London and will be concluded in Amsterdam at Paradiso Noord on September 29th covering the massive duration of 5 months.

Second Nature, Next to Normal, 24, Heart bursts, Dance Around It, The Man I’ll Never Find, Promises, LSD, Tears In Reverse, and White lies are the names of the songs that will be aired in the Tour with other voices of Brandi Carlile and Sheryl Crow in Dance Around It. These songs will muse the fans of pop-rock.

Since CoronaVirus is high on the rise, fans are requested to follow the Major SOPs and wear a mask as it is mandatory to enter the venue of the event. Bringing your vaccination certificate or slip or cards is a must if you are vaccinated, and in any case of no vaccination, the test results for covid-19 should be brought while entering the venue. Are you a certified vaccinated person? You confirm to attend the event if and only if you have passed the 2nd week of your 1st vaccination. Pocket Sanitizers and social distancing will provide additional security as your health matters the most. Younger than 12 years olds cannot attend the event. Moreover, underaged fans are requested to arrive with one adult guardian.

All You Need To Know About The Concert Tickets

Tickets for the concert of “Feels Like Second nature” by Lucius are available for purchasing on pre-sale. Many websites, including Ticketmaster and Vivid Seats, offer authentic and spam-free excursion tickets with VIP packages and extra facilities available that will excite your moment of a muse. Standard access to the show starts at $30 and can get as high as $99 for the VIP experience. Fans can also use specially provided codes for additional discounts. The shows in all places will start at 8:00 pm sharp. VIP packages by Lucius include a meet and greet with the Band itself, an early entry in the venue with a chance of choosing your desired seat from the first 15 rows of the forum. Your VIP package will also include a question and answers session with the artists where you can ask the most wanted questions you’ve been dreaming of asking, moreover group photos with the Band, A signed poster of a tour by the Band, and branded pocket mirrors by Lucius can be attained by purchasing the VIP package.

If the show is canceled for any possible reason or postponed with new available dates, your invested amounts of tickets will be returned with trust. We care for our customers; therefore, we provide full assistance to our customers whether they want to find perfect seat guidance for the Tour or in any issue related to tickets; we pledge to help.

Furthermore, the special guest accompanying the Band in their success is Cellist. With tremendous efforts put in the making of the album of “Feels Like A Second Nature,” The Tour is going to be a great hit of the year, So hurry and grab your tickets for the most extensive pop-rock excursion before you’re late. 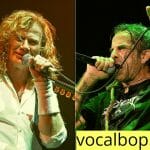 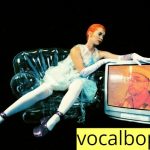