As anticipation builds up among followers worldwide for the release of Alison Wonderland’s new musical album. She has made an exciting announcement for her admirers and fans. A great headline concert tour this spring across the USA, featuring brand new music from her yet-to-be-unveiled album. Fans can watch live musicians, Allison hallmark entrancing audio, utterly new lighting, and entirely new visual productions. We can now definitely be satisfied as we await the release dates of her upcoming album.

Wooo! I am so proud of Trevor he is one of the most talented musicians out there and the album is amazing !!!Everyone to listen ! https://t.co/XnLMSWRm2c

The tour was announced officially on all the social media platforms of the singer on February 1st. In the YouTube video featuring Alison and himself, her manager Garth revealed that the shows would be “huge” and that this time they would be “going hard”! They named the tour “I am not quite ready to share my album title or artwork yet” based on the advice from Alison’s meditation coach, who instructed for all the details to be kept from the public at this point. The Twitter and Instagram posts generated enthusiastic responses from US fans who clearly could not wait to attend the events. In contrast, the Canadian audience pleaded with the acclaimed artist for additional performance in Toronto, Canada.

Beginning Date & Venues Of The Tour

The tour begins on March 21st in Puerto Vallarta, Mexico. It then continues to Miami, Florida, the USA on March 25th, and then journeys across the USA to New Orleans, Los Angeles, Minneapolis, Chicago, Boston and New York. It then moves to Texas and Kentucky, finally wrapping up in Berkeley, California, towards the middle of June. The shows are also set to be part of popular music festivals at several planned locations, such as the Brownies & Lemonade Spring Break in Mexico, Buku Music and Art Project in New Orleans, and the Ubbi Dubbi Festival Ennis, Texas, and Forecastle Festival in Louisville, Kentucky.

Something About Alison Wonderland & Her Tour 2022

While the name and artwork of the upcoming Alison Wonderland album are yet to be shared with the public, the official video of her first single, “Fear of Dying”, was launched earlier this year in Jan 2022. This video got a fantastic response, and it was a super hit. This video got 1.2 million live streams globally. “Fear of Dying” shows the artist embarking upon a remarkable new journey. The track reviews have been outstanding, thus creating more considerable hype for the other songs in the eagerly awaited album. American Songwriter said, Alison Wonderland is a talented producer whose working style is powerful and unique; she connects with her fans deeply, intimately.

Alison Wonderland visibly gets personal with her audience in her shows by developing emotional connections through her soulful music. The most beautiful element of her music is undoubtedly its diversity – her work is cross-genre, including trap, future bass, heavy bass, and even a taste of pop influence. The artist has a gift for mixing different musical styles like no other.

Starting in 2009 locally in Australia, Alison created a niche for herself in the international music arena in 2015 with her debut, Run, which attained gold status in Australia and received two ARIA Award nominations for Best Dance Release and Best Video. The success story progressed to 2017 when she was awarded the Best New Artist prize at the first Electronic Dance Music Awards. In 2018, she gave a brilliant performance at the Coachella festival in the USA.

Meanwhile, her remix of Dua Lipa’s “New Rules” made waves on the Billboard Dance Charts and reached the number one position. In 2021, the Alison Wonderland tour sold-out at Red Rocks in Colorado for multiple nights, and her show at Lollapalooza attracted an 80,000 crowd strength, in which she performed “Fuck U Love U,” a massively popular track that has generated over three million global streams after its release in December 2021. Run The Trap applauded it in its review, “Alison keeps the tension and suspense with a hook that will play in your head all day.” whereas Billboard acknowledged its “head-banging brilliance”. The upcoming 2022 Alison Wonderland tour is expected to carry on and even surpass her powerful musical tradition over the past decade.

The venues and event details of the shows are subject to updates due to COVID precautions and regulations. If you are planning to attend, we highly recommend checking venue websites and social media pages for the latest guidelines and policies and confirming the event status before leaving for the live shows. Though each site has specific COVID-19 SOP’s, the standard requirement for all attendees is to present proof of full vaccination status from a World Health Organisation approved vaccine or a negative COVID test within 48 hours from the time of entry to the show venue. The CDC definition of fully vaccinated is either two weeks after the second dose in a two-dose series, such as the Pfizer or Moderna vaccines, or two weeks after a single-dose vaccine shot, such as Johnson & Johnson’s Janssen.

This tour promises to be an experience of a lifetime for music lovers. It will undoubtedly be a memorable night of intense and ecstatic jamming. Please purchase your tickets before they are sold out; www.ticketmaster.com , www.ticketnetwork.com  and www.vividseats.com offer fantastic deals and a convenient buying experience. We love hearing from you — let us know which show you are planning to attend in our comments section. 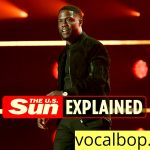 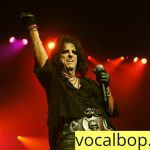